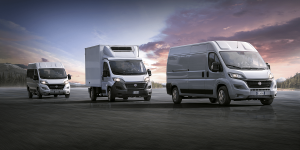 The British government has extended its subsidy programme for electric vans and trucks for another two years until 2025. From April, new weight classes will also apply for the subsidy.

According to the government, the funding is intended to support companies in converting their fleets in time and to be “one step ahead” of the end of the combustion engine in 2030. The plug-in van and truck grants have supported the purchase of more than 26,000 electric vans and trucks in the UK since the scheme was launched in 2012.

“As demand for electric vehicles continues to grow at speed, this extension to our grant scheme will allow tens of thousands more vans to be purchased, transporting goods in a way which is kinder to our environment,” says Transport Minister Trudy Harrison.

The government had already reduced the subsidy rates for electric transporters at the end of 2021. N1 vans up to 2.5 tonnes – i.e. primarily panel vans such as the Renault Kango ZE or the Opel/Vauxhall Combo-e along with its siblings – will since then only be subsidised with 2,500 instead of 3,000 pounds (2,970 instead of 3,565 euros).

From 1 April 2022, an adjustment will then also follow for the large vans and the small electric trucks. For the larger vans, the weight range will be raised from 2.5-3.5 tonnes to up to 4.25 tonnes. This includes vehicles such as the Fiat e-Ducato, MAN eTGE, Mercedes eSprinter but also delivery vans such as the Peugeot e-Expert, Maxus eDeliver 3 or the LEVC VN5. These vehicles are subsidised with 35 per cent of the purchase price or a maximum of 5,000 pounds (5,940 euros).

The changes to the scheme should help “to ensure funding and taxpayers’ money goes where it’s really needed and supports the transition to zero-emission vehicles”, the Department for Transport explains. “With the increasing number of large vans on the market, the move will ensure government targets support where it’s most needed, allowing for heavier and more costly trucks, up to 12 tonnes, to benefit from the higher grant funding,” the government wrote.