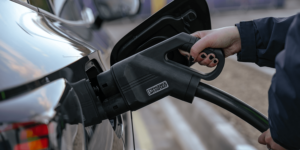 Dutch charging infrastructure specialist Heliox has reached a milestone and says it has now installed fast-charging solutions in 100 cities worldwide. The most recent addition was on the US West Coast, where the company helps charge a fleet of buses in Seattle.

Seattle’s public transport operator King County Metro selected Heliox as one of the charging providers for 40 new e-buses. Heliox sees the West Coast in the US installation as evidence of its global ambitions with the provision of over two million high-power charging sessions annually.

The company also provides more data from its existing facilities: Heliox charging stations hosted more than two million high-capacity charges or 6,000 charges per day last year. Over 25,000 public transit vehicles were charged. Heliox plans to have 20 more cities by the end of 2022.

“Reaching our 100th city is a big milestone for Heliox, but this is just the beginning,” said CEO Michael Coljin. “Truly, this is only the start of a global e-mobility transition, and we must remain steadfast in our solutions oriented-approach to support it. The readiness for an e-mobility transition is demonstrated in all EV sectors, from public transport fleets on land or in water, mining, ports and more.”

Heliox specialises in charging heavy vehicles, including so-called multi-megawatt chargers for trucks and ferries in addition to the aforementioned e-buses. In November 2021, the Dutch company also unveiled the first DC columns for electric cars.

Some of the company’s most notable projects also named in today’s statement include Glasgow’s Caledonia bus depot, the UK’s largest electric vehicle charging hub, with an installed 80 advanced rapid 150kW dual cable charging units providing 12MW of power. The depot was designed to accommodate and charge up to 300 EV buses on-site – and will see the introduction of 150 electric buses over the course of 2022 and early 2023.

Heliox also updated what it claims to become the world’s largest charge depot in Schiphol Airport, Amsterdam. The company says it has just completed the second phase of this project, providing 31MW of power to over 200 zero-emission buses.