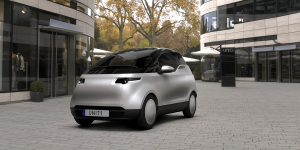 The Swedish electric car start-up Uniti has filed for insolvency. The company announced on LinkedIn that it had not been able to raise enough capital. The move does not come as a surprise.

Uniti had already warned of possible insolvency in December 2021. These financing problems for Uniti have been dragging on for some time. The warning in December was triggered by the fact that a bridging loan promised for the end of November did not materialise. At the time, it was said that if 500,000 euros could not be raised within a week, insolvency would have to be declared.

This did not happen in December, but Uniti was not able to solve its financial problems permanently. Now, almost four months later, the company has had to file for insolvency. As Uniti announced in a LinkedIn post, it had failed to “raise sufficient capital to achieve our goals”.

However, an acute lack of money is not said to be the reason for the insolvency filing. “Thanks to our wonderful group of investors and supporters, we are consistently able to gain enough capital to survive, but only with an ever-shrinking team and burn rate. To continue taking in capital that is only enough to survive, places far too much external dependency on the company, and therefore far too much risk on those individuals who keep us going. For this reason, we have now filed for bankruptcy, out of necessity,” the company’s statement reads.

Uniti also notes that the world has changed since the project began in 2015. Electric cars have become mainstream and micro-mobility has become commonplace. “We want to thank you for your support over the past six years, and we are also very sorry to those that lost money in this attempt to achieve something great. It has been a hard road and we have achieved a lot together,” Uniti said.

What happens next for the company and its development work is open – Uniti is still looking to accept news and offers during April.

The Uniti One is a special small electric car: the driver sits in the middle, behind which there are two seats for passengers. Depending on the battery size, the 50 kW small car should get 150 or 300 kilometres. A price for the basic model was already clear: In Great Britain, the One was to be sold at prices starting at 17,760 euros.