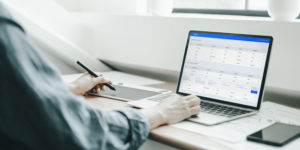 The battery analytics company Twaice has secured additional Series B funding of 30 million US dollars from investor Coatue and existing investors. The Munich-based company plans to use the money to further develop its platform and open new locations.

This expansion builds on the US$26 million Series B funding from May 2021, which was led by Energize Ventures. The $30 million or €28 million now raised brings Twaice’s total funding to €75 million. Lead investor Coatue is a New York-based investment firm with around $60 billion in assets under management.

“Twaice has built a holistic analytics platform for batteries with a strong customer base in automotive, fleet and energy,” said Jaimin Rangwalla of Coatue, according to the Munich-based firm’s statement. “We are excited to partner with Twaice as it solves challenges along the value chain, improvingthe profitabilityof batteries while reducing the risk for manufacturers and users.”

The funds will be used to further optimise Twaice’s cloud analytics platform and expand its presence across various locations in Europe and North America – including the expansion of its new Chicago location. The company also claims to have increased its revenue by around 250 per cent since the initial Series B funding in May 2021.

“We are building the world’s most complete predictive battery analytics platform, accessible to all companies driving the transformation to a cleaner and greener battery-powered world,” said Stephan Rohr, co-CEO and founder of Twaice. “In the last year we tremendously increased our mobility OEM and energy customer base, established new business segments for bus and commercial fleet operators, and formed a new product offering for EV residual value certification,” adds co-CEO and founder Michael Baumann.