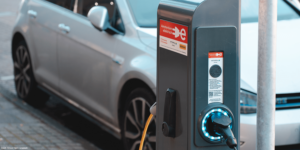 Five large municipalities (Amsterdam, Rotterdam, The Hague, Eindhoven and Tilburg) and several representatives of the taxi and rental car industry (including Uber, SchipholTaxi, Bolt and Leaseplan) have signed the new agreement.

As the Taxi Times reports, despite the strict regulations, no special subsidies are planned for zero-emission taxis and rental cars. The investment in new vehicles must therefore be borne by the companies. The Ministry of Transport only offers an extended transition period for young taxi models.

It should be noted, however, that the initial situation in the Netherlands is different from that in many large German cities. In Amsterdam, a strict taxi climate programme has been in place for years; already today, many taxi ranks may only be used by zero-emission vehicles. Amsterdam Schipol Airport, which is located outside the city area, has also already switched to zero-emission taxis.

Recognising that switching to an emission-free vehicle requires considerable investment, the government wants taxi drivers to switch at a time of investment that suits them. For this purpose, provisions are being made for a transitional arrangement for existing vehicles. This means that drivers whose car is still relatively new will have more time and will therefore still be able to enter the centre.

As is generally the case, the new regulations include all zero-emission vehicles, meaning that both purely battery electric vehicles (BEV) as well as hydrogen fuel cell vehicles (FCEV) are accepted. “I think it is very important that we make these agreements in close contact with the industry,” says for instance mobility state secretary Vivien Heijnen. “It’s not easy for many taxi operators, so I really want to make sure that the switch to an electric taxi or hydrogen taxi is feasible for them.” He adds that “Taxis cover a lot of kilometres in the city. So this is a nice step towards a cleaner environment with less traffic noise,” Heijnen continues.

taxi-times.com (in German), rijksoverheid.nl (in Dutch)