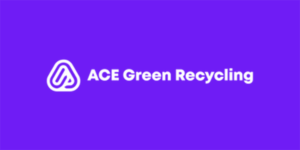 US company ACE Green Recycling announced plans to build and operate North America’s largest sustainable battery recycling park in Texas. This is to be one of four plants planned globally with others in India and Thailand.

The site in Texas, USA, measures 37,000 square feet (about 3,437 sqm), and ACE says Texas was an “obvious choice” due to “easy access to an abundance of spent batteries from automobiles and other industrial sources”. ACE expects to process and recycle up to 100,000 tons of used lead-acid batteries and 20,000 tons of used lithium-ion batteries annually at total capacity by 2025.

Until then, ACE will scale up the recycling factory in phases. Phase 1 of operations is set to begin in the third quarter of 2023, starting with the recycling of lead-acid batteries and followed by a lithium-ion battery recycling facility nearby.

The company has not provided much insight into the recycling process. It is not pyrometallurgical, i.e. a smelting process that involves extremely high temperatures and the burning of fossil fuels. In comparison, “ACE’s proprietary technologies for both lead-acid and lithium-ion battery recycling are fully electrified with zero carbon emissions and provide higher battery material yields while providing a safer workplace environment,” so the company.

“We are excited to establish our first North American facility in the state of Texas that will not only generate significant local economic activity and contribute to a greener environmental footprint,” said Dr Vipin Tyagi, Co-founder and Chief Technology Officer of ACE.

The Texas battery recycling park is not the only project. As the company announced in a separate release, they plan four such plants. Apart from the USA, these will be in Thailand and India, where the company is already operational.

The company says the planned capacities are of 10,000 tons between India and Thailand and 20,000 tons in the USA. While operations in India are expected to commence by the third quarter of 2022 with initial processing capacity of 1800 tons per year, Thailand and USA would come online in 2023 with full operational capacity planned to be achieved across all facilities by 2025.

“The four sites will tap into previously underserved recycling markets and provide regional markets with a zero-emission, CO2-neutral recycling solution to support the global adoption of lithium-ion batteries,” says ACE. Plans call for a total annual capacity of more than 30,000 tons.