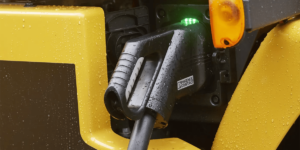 The UK government says it will release over £200 million in funding for a major zero-emission road freight demonstrator programme. Vehicle manufacturers, energy suppliers and fleet and infrastructure operators will be asked to showcase their technology on UK roads.

Details on entry requirements of funding options have not been released.

As part of these trials, commercial vehicle manufacturer Leyland Trucks rolled out 20 DAF battery-electric trucks for public sector organisations, including the NHS and local authorities, enabling learning to be gathered from field testing vehicles in a real-world, real-time logistics environment.

This project, along with six successful feasibility studies, helped prepare for the demonstrations, which will take place at scale over the coming years, so the government.

Westminster further hopes the coming demonstrations “will help gather evidence on the future refuelling and recharging infrastructure needed to drive the smooth transition to a zero-emission freight sector by 2050.”

The UK operates a net-zero goal for 2050. However, sales of combustion engine commercial vehicles are set to stop earlier in preparation for the complete phase-out as reported. The sale of new ICE vehicles from 3.5 to 26 tonnes will be stopped by 2035. For internal combustion trucks over 26 tonnes, the hammer is to fall in 2040 – “or earlier if a faster changeover seems possible,” the government had announced at the time.

At the same time, the industry is worried. Today’s announcement quotes Michelle Gardner, Acting Deputy Director Public Policy, Logistics UK, being “pleased that government has launched a consultation to identify potential exemptions to the 2035 phase-out date.”

Said exemptions have been under consideration before and refer to HGVs weighing 26 tonnes and under, which may need longer to transition to zero-emission technologies, so the DfT. The call for evidence is now open and will last until 22 July 2022.