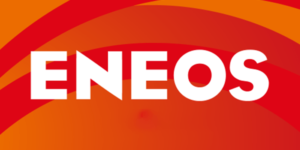 Japan’s largest oil company Eneos (formerly Nippon Oil), is hooking on to the charging infrastructure business. They just acquired 4,600 AC chargers from electronics company NEC to operate at supermarkets, shopping malls and other facilities in Japan.

However, the majority of NEC’s equipment is still AC. However, Eneos bought 30 quick chargers and said it would expand the charging network while considering future demands. The expansion will primarily include Eneos-branded service stations, giving the oil giant a green wash and additional source of income in a move many of the petrochemical corporations are currently undertaking. So far, according to the Japanese newspaper Asahi, Eneos operates only 17 fast chargers.

In May, Eneos President Takeshi Saito had already hinted at such a move. “Even if the types of energy change, we will continue our business related to ‘movement,'” he said.

The company also partners with Toyota in the hydrogen sector as reported.

Corresponding subsidies have led to the curious situation that there are too many and too dated AC chargers in Japan – companies had scrambled to get government funding, also with the release of the then-new Nissan Leaf EV.