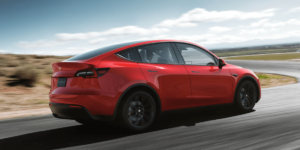 More than 750 Tesla drivers have complained to the US National Highway Traffic Safety Administration (NHTSA) about unmediated braking manoeuvres of their cars when controlled by the Autopilot system. Tesla must respond to the allegations by 20 June.

While there is still some room for Tesla to manoeuvre, the number of complaints will seemingly force the company to take an official stance on the issue: “Complainants report that the rapid deceleration can occur without warning, and often repeatedly during a single drive cycle.”

The investigation is still very friendly towards Tesla, as the NHTSA is asking the company to provide data on the problems, rather than the drivers. In their letter to Tesla, NHTSA has asked for data on the initial speed of when the cars began to brake, the final speed, and the average deceleration. It also asked if the automated systems detected a target obstacle, and whether Tesla has video of the braking incidents.autoblog.com, theverge.com