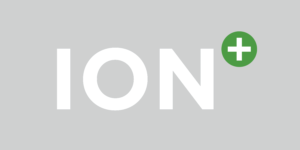 US solid-state lithium-ion battery developer ION Storage Systems has announced the initial closing of its $30m series A fund-raising round. The company welcomed investments from Toyota Ventures, Tenaska, Bangchak Corporation and others.

The investment is planned to enable ION to expand its facility at its Beltsville, Maryland headquarters to commission and qualify a battery cell manufacturing line capable of producing 10MWh/yr of next-generation solid-state batteries. Production will initially be allocated to qualifying commercial cells for its first market customers. The Series A round will also accelerate the development projects ION has with multiple customers and partners in the consumer electronics, automotive, and stationary storage markets.

“ION’s bi-layer cell design is a breakthrough for the industry,” said Lisa Coca, Climate Fund partner for Toyota Ventures. “The architecture addresses the technological barriers that have historically plagued solid state batteries, and it enables critical next-generation performance metrics for widespread adoption – including high-energy density, strong cycling performance, wide temperature range, and fast charging. We believe this is a game changing technology and are proud to support ION’s expert team as they work to unlock the potential and power of solid-state batteries.”