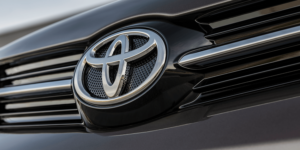 Toyota may have tightened up its electric plans a few months ago, but a petition with over 110,000 signatures is now calling on the Japanese hybrid pioneer to completely stop lobbying for fossil fuels.

The host of the petition SumOfUs explains: “Toyota is working harder than any other auto company to prevent this progress and slow down the shift to electric mobility, and plans for only 14% of its total production to be EV by the end of the decade”.

“SumOfUs members—many of whom are Toyota customers—are demanding that Toyota immediately stop lobbying against climate regulations and go green,” said SumOfUs campaigner Eoin Dubsky as he delivered the petition at Toyota’s European headquarters. “Our members are horrified that Toyota—once a leader in environmental technology—has fallen so far behind, and is even holding up the rest of us.”
sumofus.org (petition), chargedevs.com