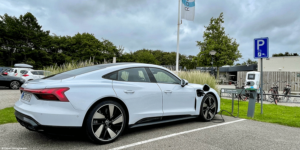 Dutch municipalities are to be given the opportunity to reduce parking fees for purely electric and hydrogen cars from next year. The cabinet plans to amend the Municipalities Act for this purpose.

State Secretary for Infrastructure Vivianne Heijnen stated this in a letter to parliament. “This gives municipalities an extra tool to work on clean air and less traffic noise in their city or town. I think that’s important,” Heijnen’s letter says.

However, it is not intended to become a requirement, but to give the municipalities the opportunity to do so. In order to control the parking situation in cities and neighbourhoods, municipalities in the Netherlands can set the prices themselves. Now the legal basis is to be created so that municipalities can grant a discount to zero-emission cars. “Depending on the situation in their municipality, they can choose for themselves whether they want to use this,” says Heijnen.

There are currently just under 300,000 BEVs and FCEVs registered in the Netherlands. Hybrid models or particularly economical internal combustion vehicles are not to be included. The Netherlands plans to have two million zero-emission vehicles on the roads by 2030, and by 2050 transport should be completely emission-free.

Last week it became known that the purchase premium for new electric cars in the Netherlands for 2022 has already been exhausted – new applications are not possible again until 2023. For used electric cars, however, the subsidy is still available this year.