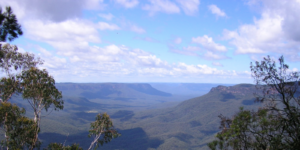 The New South Wales Government will increase its investment in EVs with a budget of $38 million Australian dollars (around 25 million euros), with a focus on expanding the network of high-speed and home charging points.

The $38 million has been announced as part of the latest state budget is said to bring the NSW Government’s total EV investment, which is bundled under the NSW Electric Vehicle Strategy, to a total of $633 million.

The funding will be split into 3 parts: $10 million to co-fund 500 kerbside charge points, another $10 million to co-fund around 125 medium and large apartment buildings with more than 100 car parking spaces to make EV charging electrical upgrades, and finally, $18 million for EV fast-charging grants that are supposed to speed up the rollout of charging stations.

As other regions are beginning to do globally, the federal Australian state of New South Wales is also stipulating that fast-charging stations must now have at least eight charging points (up from four previously) at each charging station located in high-density urban areas.

Treasurer and Minister for Energy Matt Kean who announced the extra funding said: “This funding will help communities stay connected and help holidaymakers hit the road to enjoy weekend trips as NSW motorists gear up for the next era of driving.”