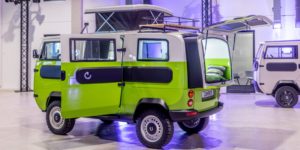 Almost exactly one year after an ElectricBrands debuted the Xbus, the company presented a camper version based on the light electric vehicle. There is also news about the Microlino clone Karo, which ElectricBrands plans to launch later this year as ‘Evetta’.

First, the Xbus: After presenting a prototype of the L7e retro bus with a so-called city chassis in July 2021, ElectricBrands followed up with the Xbus 2 with an off-road chassis in November.

ElectricBrands does not give details about the new ‘Camper’ in the press release, except that it is “at the top of customers’ reservation lists”. The Xbus Camper features a small pop-up roof to increase the headroom inside. In addition, pictures suggest that the cabin can be extended through a pull-out, which should result in a larger area for sleeping. Behind the pop-up roof, a grille is mounted on the prototype for additional luggage.

There is no information in the current press release about possible further developments in drive technology. To meet the requirements of the L7e class, the continuous power of the four-wheel hub motors is 15 kW. According to data from last summer, 56 kW is possible as peak power for a short time.

The battery is modular. ElectricBrands says the batteries are “cobalt-free lithium-ion batteries from German production”. This is likely to indicate batteries with lithium iron phosphate chemistry. Depending on weight and construction, the claimed range is between 100 and 600 kilometres.

There are also no new statements about the start of production of the Xbus. So far, the company has only mentioned this year. 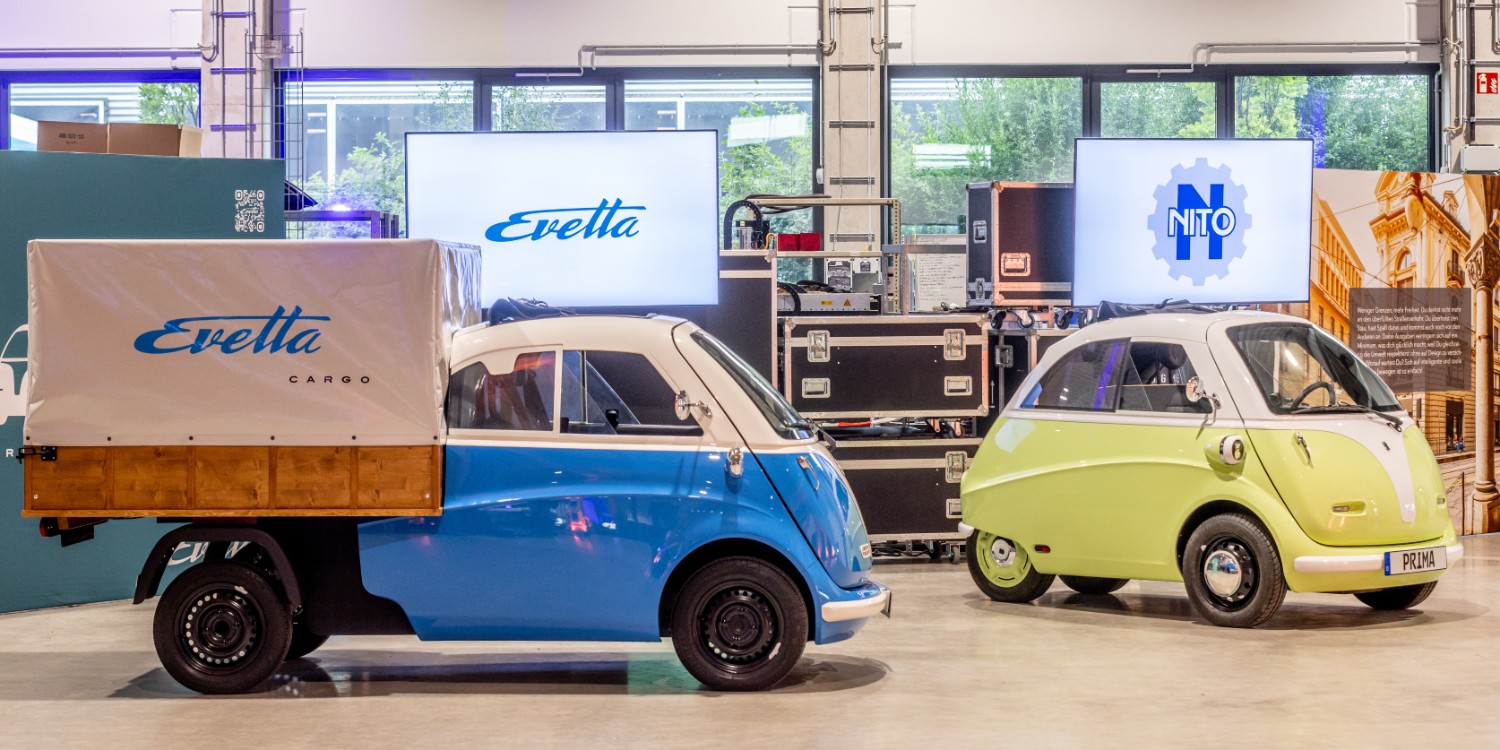 Instead, another L7e vehicle from ElectricBrands is becoming concrete. As reported in April, ElectricBrands from the German town of Itzehoe has taken over 100 per cent of Artega. The acquisition included the rights to the compact EV called Karo at the time. Karo has now become Evetta, not unlike its design predecessor, the classic Isetta.

According to ElectricBrands, the 1950s-style light electric vehicle is “close to production readiness”. In April, they mentioned a market launch in early 2023. According to the latest information, however, ElectricBrands want to hand over the first Evetta EVs this year.

Pre-orders opened on 22 July online. The Evetta is 2.48 metres long, 1.50 metres wide and has a range of up to 200 kilometres. In addition, a cargo version can be seen in the pictures, with a loading platform attached to the Isetta-like body – the wheelbase is longer in this version. Details are not yet available.

Following the above teaser of the Xbus Camper, ElectricBrands has sent us more details regarding deliveries, performance and pricing. The company expects to deliver the first LEVs to camping fans in 2024. Fully equipped, the Xbus Camper will cost €30,170.

The light electric vehicle in the Camper version has hub motors in each wheel, which deliver a maximum of 56 kW (15 kW continuous power) in all-wheel drive. ElectricBrands specifies a top speed of 100 kph. The battery in the basic version stores 15 kWh and can be expanded to 45 kWh with additional power packs. Since the camper, like the other XBus variants, is an L7e light vehicle with supposedly extremely low consumption, the manufacturer expects ranges of 200 (15 kWh) and 600 kilometres (45 kWh) to be possible. There is only AC charging at the household socket or with a Type 2 cable with up to 11 kW at a campsite.

Like all other XBus variants, the XBus Camper comes in standard or off-road chassis. The camper’s highlight is the pull-out cabin which ElectricBrands now measured. The trailer is only 3.95 metres long (and thus five centimetres shorter than a BMW i3), yet a 210×130-centimetre extended sleeping area is possible. Also on board are a movable kitchen block that can be used outside the vehicle if necessary, as well as a TV, refrigerator, fresh water tank and a sink.

A five-square-metre solar panel spans the roof. Under optimal conditions, the XBus can thus generate an additional range of around 30 to 50 kilometres per day from the sun’s energy on an annual average. “This technology pays off, especially for camping holidays in sunny regions,” says Ralf Haller, founder of ElectricBrands AG. “Using vehicle-to-load technology, campers can use their solar power from the vehicle’s 220-volt socket.”