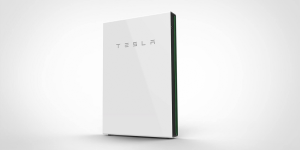 Tesla has already invited approximately 25,000 PG&E customers with Powerwalls to join the virtual power plant – the VPP – and help to collectively form this very large distributed battery. Of these, more than 3,000 customers are said to have expressed interest in enrolling during the first two weeks of the program, while more than 1,500 customers now officially participating in the program.

With the involvement of Tesla Powerwall customers, Tesla is participating in PG&E’s Emergency Load Reduction Program (ELRP) pilot. This 5-year program began in 2021 and was designed to pay customers for either reducing their electricity consumption or increasing electrical supply back into the grid during electrical grid emergencies.

With the collaboration of Tesla enrolling and combining residential Powerwall home battery systems into a virtual power plant, the VPP is able to discharge power back to the grid during times of high electricity demand.

During the pilot, PG&E will call load management events whereby Tesla Powerwall customers participating in the program directs their batteries to discharge power when there is high demand for electricity from 4 to 9 p.m from May through to October.

Customers participating in the program will recieve $2 every incremental kilowatt-hour of electricity coming from a their Powerwalls. Customers are able to set up their backup power needs via their Tesla app so that they have enough for their own electricity consumption in the event of an outage. The Tesla app also enables customers to opt out of an event completely as required. New customers can also sign up for the VPP program via their Tesla mobile app.

Any PG&E residential customers are eligible for this program if they own a Tesla Powerwall and have an interconnection agreement with PG&E. These customers should not already be enrolled in other demand response programs.

PG&E has namely already begun a number of grid stabilisation programs that involve customers feeding energy back into the grid. Already this year, PG&E began pilot programs with customers with electric vehicles from Ford and General Motors. Last year, PG&E and the BMW Group kicked off phase three of their ChargeForward pilot program, which expanded the program to all BMW electric car drivers in Northern and Central California who are also PG&E residential electric customers.

In programs with carmakers, PG&E customers who own electric vehicles from the relevant carmakers are connected with vehicle-to-grid (V2G) technology so that their vehicle’s batteries can discharge into the grid when additional power is needed – so the vehicle battery functions in much the same way as the Tesla Powerwall does in this most recent pilot program. When utilising smaller, customer owned batteries, it is optimal that those feeding energy back into the grid have their own power-generating systems, so they can make more overall energy available in addition to helping balance the energy being produced from larger utilities.