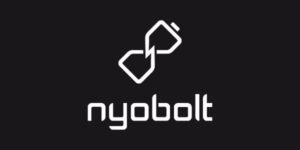 British fast-charging battery startup Nyobolt, a University of Cambridge spinout, has raised 50 million pounds in Series B funding led by H.C. Starck Tungsten Powders which will enable the company to begin manufacturing at scale.

Nyobolt has been developing battery anodes using niobium and tungsten that could enable electric vehicles to charge in minutes. Their batteries are currently used in a variety of products, “ranging from home appliances to electric vehicles and industrial robotics”. The funding of the equivalent 58.6 million euros is planned to be used to scale the production of said batteries, with Nyobolt aiming for capacities in the “millions” per year. This will be achieved through the construction of a materials manufacturing plant in the UK, as well as by expanding their US cell engineering facility.

“We are excited to move our technologies from development to deployment in the market,” says Prof. Clare Grey, the company’s Chief Scientist and co-founder.

“Early adopters at the higher end of the market wanted bigger battery packs and longer range because they could afford it,” said Sai Shivareddy, chief executive of Nyobolt. “For more cost-sensitive mainstream adoption, you need smaller battery packs … but with the same experience as today (with fossil-fuel cars) where you can fill up in 5 minutes.”

Nyobolt spun out of the Yusuf Hamied Department of Chemistry in 2016, and was co-founded by Professor Dame Clare Grey and Dr Sai Shivareddy, who now acts as CEO. The intention was to commercialise “high-performance battery and charging technologies to create a world where lengthy charge times no longer exist”.

Envision AESC is building another battery plant in Spain