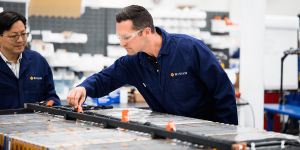 US EV startup Rivian has announced that it going to make some major cuts to its workforce, claiming inflation and a drive for profitability. Considering the company employs around 14,000 employees, cutting about six per cent of jobs as announced would affect about 840 workers.

The news was broken by Rivian CEO RJ Scaringe in an email to employees. He wrote: “Over the last six months, the world has dramatically changed with inflation reaching record highs, interest rates rapidly rising and commodity prices continuing to climb — all of which have contributed to the global capital markets tightening. We are financially well positioned, and our mission is more important than ever, but to fully realize our potential, our strategy must support our sustainable growth as we ramp toward profitability. We need to be able to continue to grow and scale without additional financing in this macro environment. To achieve this, we have simplified our product roadmap and focused on where it is most impactful to deploy capital.”

Rivian also recently fired its Head of Production and simultaneously announced intentions to restructure production lines. The company has struggled with ramping up production for some time, and went quite deep into the red in 2021. Just days before the quarterly numbers, Rivian raised prices and then immediately backtracked. At the same time, funding should not really be such a major issue, as billionaire George Soros invested in the company in February.

In terms of production ramp-up, Rivian recently celebrated a milestone as the first units of the electric delivery fleet ordered by Amazon hit the road. However, it seems it will cost some more time and money before the ramp-up of the electric pickup truck R1T is complete. The first of the vehicles rolled off the production line last September.

Rivian Automotive is not the only company to go in this direction lately: Tesla also announced intentions to cut 10% of its workforce to save on ramping up production, as well as CEO Elon Musk’s “very bad feeling” regarding the global economy. This is not the only parallel between the two companies, as both have an electric pickup in their lineup, although Tesla has not actually released theirs. Tesla also has an ongoing lawsuit again Rivian for stealing their employees, as well as, allegedly, proprietary technology. However, the migration is not really surprising considering the company’s benefits, as electrek notes: “Rivian is being a lot more generous than the Texas-based automaker as its severance packages include 14 weeks of regular pay and health coverage, Rivian-paid COBRA benefits and continuation of mental health and fertility benefits through the end of the year, job placement assistance and this quarter’s equity vesting”.