Cybertruck – for the force of the future

Tesla presented its first pickup model, the Cybertruck, in Los Angeles. The model should reach a range of 500 miles (800 kilometres), be available from the end of 2021 and cost from 39,900 dollars. And it will polarize. 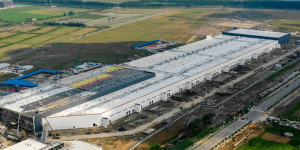 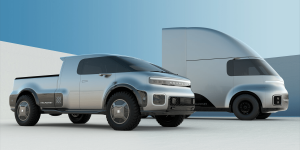 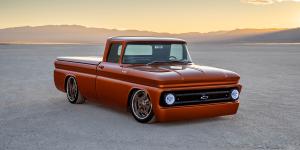 The electric car startup Rivian has received another investment of 350 million dollars. The fresh capital comes from Cox Automotive, a subsidiary of the media company Cox Enterprises. This is the third financing round this year. 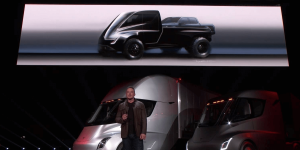 A few days ago Elon Musk busied himself tweeting a lot of “bee content”. Since then, there has been speculation that the bee emojis and related word games are not just Twitter gags, but an allusion to the name of the planned Tesla pickup.

Electric Ford F-150 shows how much muscle an EV packs

In a new video, Ford has shown off their F-150 electric pickup truck prototype in action. While it is still unclear when the vehicle will be ready for the market, it certainly looks like it won’t be lacking power. 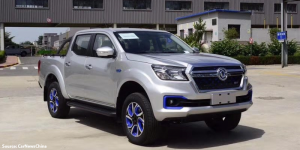 In April the Tesla Model S and Model X received some improvements. Pre-produced vehicles without these improvements will be sold until the end of June with an added treat: free supercharging. There is also news regarding the pickup and roadster.

Zack Kirkhorn taking over as CFO at Tesla

CFO Deepak Ahuja announced his retirement from Tesla, shortly after the company reported a profit in Q4 of last year. Tesla’s current vice president of finance, Zach Kirkhorn, will be taking over the position and has been with the company since Roadster days.

Ford has long since announced their intention of manufacturing a hybrid version of their favourite Ford F-150 truck, however now manager Jim Farley confirmed they would produce a battery electric version as well. 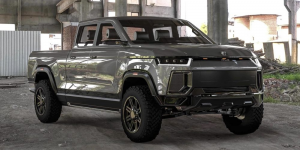 The US manufacturer Atlis Motor Vehicles has presented its all-electric pickup truck announced a few months ago, bearing the name Atlis XT and has a range of up to 800 kilometres. As far as series production is concerned, the financing has not yet been secured.

Will Tesla really ship 3,000 EVs a week to Europe?

We can’t say for sure, but after Tesla recently announced that Model 3 will also be available in Europe from February, there are now the first indications of the planned quantities. According to Belgian media, Tesla plans to ship 3,000 vehicles per week to Europe starting in February. 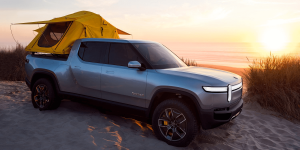 Following its electric off-road vehicle B1, the US company Bollinger Motors now presents the B2 – a fully electric pickup truck with an open loading area. It shares many components with the B1, including the twin-engine all-wheel drive coupled with a 120 kWh battery.

The US American startup Rivian Automotive will be presenting their new electric models at the Los Angeles Auto Show at the end of November, but has released a few details regarding their debut cars.

Via Twitter, Tesla CEO Elon Musk announced the company’s target to build an all-electric pickup truck. The project shall follow the planned Model Y, meaning that it’s still two or more years away.

Electric pickup in Morocco: Société nationale du transport et de la logistique (SNTL) presented the Aslan, an electric pickup at Cop22 in Marrakesh. It sits on a modular platform. The model shown at the UN Climate Conference features a 19 kWh battery pack that lasts for 180 km. It can carry up to 800 kilos. The prototype has been made in Morocco and is destined for the European market at a later date.
moroccoworldnews.com, osvehicle.com, lnt.ma (in French)

Rare earth market report: Neodymium will become even rarer as demand for neodymium-iron-boron (NdFeB) magnets used in traction motors will grow rapidly, Roskill projects in its latest report. Overall, permanent magnet and catalyst sectors will remain the largest markets for rare earths until 2026.
roskill.com via greencarcongress.com

Looking for growth in China is fuel cell company Plug Power, who expect the Asian market to become the largest within this decade. According to CEO Andy Marsh, Plug Power is in talks with various business as well as public entities as it seeks partners for its eastward expansion.
bizjournals.com

Wireless agreement: Qualcomm and supplier Preh have entered into a Wireless Electric Vehicle Charging (WEVC) license agreement. The firm that is part of the Joyson Electronics Group will include Qualcomm’s inductive charging system in its portfolio and concentrate on commercialising the technology for hybrid and electric cars, also with its own developments.
greencarcongress.com, qualcomm.com