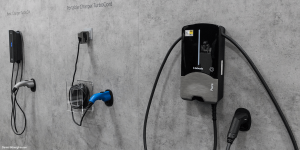 German automotive supplier Webasto is looking for a partner and investor in its business with charging equipment for electric cars. Still, according to local media, Webasto does not want to sell its complete charging division.

Handelsblatt broke the news relying on financial circles. Still, Webasto confirmed the information later on request: “We see at our company that the full potential cannot be exploited at the moment. We have therefore decided to look for a partner to support the positive development of the Charging division,” the company explained.

The Group appears to have commissioned investment bank Jefferies to search for an investor, but the bank declined to comment when prompted by Handelsblatt.

While Webasto does not want to part with the division completely, which shares are up for sale or how much income Webasto hopes to generate from the partial sale is unknown.

Webasto has made losses in the past two years. For this reason, CEO Holger Engelmann announced a cost-cutting program and stated that investing in everything promised growth was no longer possible.

Like other automotive suppliers, Webasto has also suffered the effects of the Corona pandemic and global supply chain problems. In Webasto’s case, there was an added hardship: Because the new plant in Detroit opened late, Webasto could not deliver a significant Ford order for the Bronco SUV on time, forcing Ford to postpone the market launch. Later, Ford had to replace thousands of hardtop roofs manufactured by Webasto due to quality problems.

The eMobility business with wall boxes, mobile charging solutions and charging cables for private and corporate customers promises growth, but production alone is not enough. Webasto needs new sales channels for the charging products, as these are B2C products. Webasto’s main products, such as sunroofs, parking heaters or battery solutions, are sold directly to OEM.

In better news, Webasto reportedly opened the Dangjin in South Korea on time, with Hyundai and Kia among the first clients. The company targets manufacturing 110,000 battery modules annually and plans to expand production to 160,000 packs by 2025. Webasto has invested around 88 million euros in the location.

Ingka to install 1,000 EV chargers at Ikea stores in Scandinavia