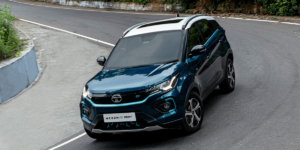 According to Tata Motors, Ford India Private Limited (FIPL) will continue to operate its powertrain manufacturing facility on the site. For this, this part of the plant will be leased back on mutually agreed terms. However, control of the vehicle plant will remain with TPEML.

“With our manufacturing capacity nearing saturation, this acquisition is timely and a win-win for all stakeholders,” Tata wrote in the statement. TPEML will make the necessary investments to reconfigure and adapt the plant to Tata Motors’ existing and future vehicle platforms, it added.

The acquisition will also play an important role in achieving its own electric vehicle production targets. At the end of April, Tata Motors had decided to more than quadruple its production of electric vehicles this fiscal year, according to a media report. As Reuters wrote at the time, the plan was to scale up from 19,000 to 80,000 units. Last year, Tata Motors had already announced plans to launch 10 electric models by 2026 and invest around $2 billion in new vehicle architectures, related technologies and infrastructure.

Tata Motors has completed the acquisition of a Ford plant in Sanand in the Indian state of Gujarat, announced last year, for the purpose of producing electric cars. The plant will provide Tata with a production capacity of 300,000 electric vehicles per year, which can later be increased to 420,000 electric vehicles annually.