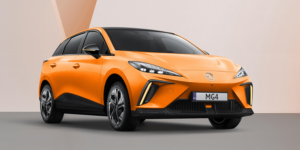 Pre-orders for the MG4 Electric are now open across Europe. According to the manufacturer, the first 1,000 reservations of the MG4 Electric that lead to binding purchases are guaranteed to be delivered before the end of 2022.

At the end of June, the SAIC brand gave more details about its MG4 Electric compact electric car for European markets, and a few days ago also the first prices for Great Britain. There, the MG4 starts at 25,995 pounds, which currently equals about 30,800 euros. The variant with the 64 kWh battery costs at least 28,495 pounds (33,860 euros).

In the current announcement, the company does announce that the car can be reserved and that the first 1,000 units will be delivered this year, as mentioned. However, the press release does not state exactly when and at what price binding orders will be possible. At least, the product page offers a choice between the two battery variants and the seven paint colours. So it seems that MG will launch the MG4 in several variants right from the start and not just a launch model with fixed batteries and paint finishes.

The release goes on to say that the black and white camouflaged pre-production models are currently undergoing a final 120,000 kilometre final test across Europe. The vehicle is known to be based on a new platform called the “Modular Scalable Platform” or MSP for short. Unlike the MG5 Electric or the ZS EV, for example, the MG4 is then no longer built on an internal combustion engine platform.

“The MG4 Electric sees MG Motor take another key step in its long history,” says Xinyu Liu, CEO of MG Motor Europe. “The MG4 Electric is not just the first model on our technologically sophisticated and extremely flexible MSP platform, but also represents the unfettered, youthful and cool spirit embodied by the brand as it forges a path to the future. This is particularly reflected in the design of the MG4 Electric.”