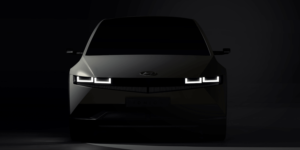 According to media reports, Hyundai is working on two electric small cars for the European market, which are to replace the i10 combustion model and be offered for under 20,000 euros. So far, only the drive is clear, many other points are still open.

The reports do not come as a surprise, as indications of the electric cars were already given by the supplier BorgWarner in June 2021 and August 2022, according to which Hyundai has ordered electric drives for two small car models. Each is the iDM146, an integrated 400-volt unit with up to 135 kW of power.

The source for the first report on the new electric small cars is high-ranking and probably trustworthy: Andreas-Christoph Hofmann, Hyundai’s marketing boss for Europe, recently confirmed the plan to Automotive News for at least one small electric car for the European market and the goal to offer it for under 20,000 euros.

Combine this statement with the first BorgWarner deal of 2021, according to which the electric drive system will be used in an A-segment model, and you get a successor of sorts to the i10. The 3.67-metre-long small car is the current Hyundai model in the A-segment. Important: The BorgWarner drive has an output of “up to” 135 kW, but can also be adapted to customer requirements. So it is possible that the Hyundai small car will get by with slightly less power.

Meanwhile, Autocar reports that Hyundai’s second electric small car will be a “chunkier” variant of the first, i.e. a kind of crossover or SUV offshoot – one is to be launched in 2023, the other in 2024. Similar information is also available to InsideEVs. The second model could therefore rival the upcoming VW ID.1. Whereas an ID.1 or ID.2 with a length of around four metres is more in the B segment. The question is how much “chunkier” the crossover offshoot will be.

It is not yet known where the two small electric cars will be built. Costs will probably be the most important factor in deciding on a plant. Hyundai manager Hofmann also stated that city cars are “difficult to sell profitably because of their low prices and the technology required to electrify smaller vehicles”.

Polestar to release the O2 concept as the Polestar 6