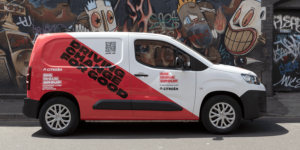 The partnership will see Big Issue Group adopt a fleet of all-electric Citroën ë-Berlingo and ë-Dispatch vans to support the distribution of The Big Issue magazine across the UK.

The Big Issue Group is a social enterprise and consists of several different entities, including Big Issue Media, which publishes The Big Issue magazine, which supports homeless and vulnerably housed people across the UK. These newspapers are often sold in the downtown London area, which is a low-emission zone which applies fees to combustion engine vehicles.

Russell Blackman, Big Issue Group Managing Director of Commercial, said: “Citroën’s market-leading approach to innovation and affordability of electric vehicles is the exact reason why they are the ideal partner to work with Big Issue Group.”