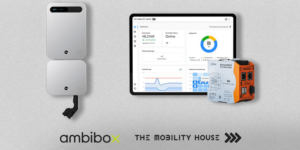 German charging and energy storage technology specialists The Mobility House have started trading the flexibilities of 4,500 electric car batteries on EPEX SPOT SE. For this purpose, the company has its own connection to the European power exchange.

The electric car batteries traded on the EPEX SPOT SE have a control capacity of 100 MW. The basis for the trading activities is the EV Aggregation Platform developed by The Mobility House (TMH). This platform is specifically designed to tap the storage and flexibility potential of mobile electric car batteries. The German technology company has already been marketing stationary and mobile vehicle batteries (also with second-life batteries) either itself or via partners in various countries and applications since 2016. In the case of short-term energy trading, however, this has so far been done via the market access of “a long-standing close partner”.

So far, only a few electric car models support bidirectional charging, which is a prerequisite for vehicle-to-grid applications. Recently in the USA and particularly in California, that often has grid problems, several pilot projects have begun to test V2G applications both in parallel for those with renewable energy production and storage at home, such as a solar roof and stationary battery, or for example, with Fords’ F150 Lightning pickup truck, to use bidirectional charging to charge the vehicle when energy production was high, and to feed back into the grid or work as stationary storage during blackouts. Today, we also reported about such a project in New York City between Revel, NineDot Energy and Fermata Energy.

Volkswagen wants to roll out bidirectional charging in its MEB models on a large scale with the ID. Buzz and the 3.1 software, would make this functionality available in significantly larger numbers than before. At the moment, this still requires a special and expensive DC wallbox to enable the MEB models to feed power from their battery into the grid.

“Over many years, we have been able to gain valuable experience in day-ahead and intraday trading on the basis of our EV Aggregation Platform in numerous projects with well-known partners. We are therefore very pleased that we are now moving even closer to short-term trading as a member of the power exchange EPEX SPOT SE”, says Robert Hienz, CEO of The Mobility House. “In this dynamic environment, we are increasing our depth of value creation and improving our agility. We can thus even better fulfil our performance promise to partners and customers of generating maximum value in the electrical energy system with electric car batteries. We are looking forward to the new collaborations that will result from this.