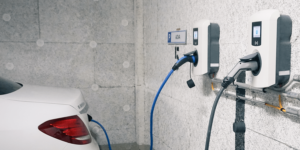 Austria’s mail service Austrian Post AG is aiming to decarbonise all last-mile deliveries by 2030. To charge the growing fleet, they will install over 2,400 charging points at more than 130 locations and now opted for smart load management. 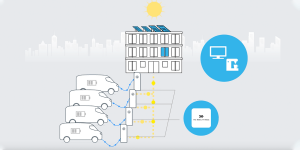 The Mobility House has delivered its smart charging solution to Metro Transit in the St. Louis region. Now the public transport operator can take advantage of a more intelligent charging system for an e-bus fleet that claims to be among the largest in Missouri. 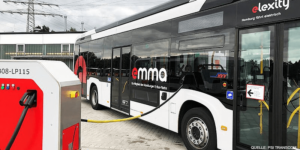 The Mobility House (TMH) and PSI Transcom are working on a digital interface to advance the electrification of bus fleets. The jointly implemented VDV interface 463 enables the combination of a charging and energy management system with the depot management PSIebus. 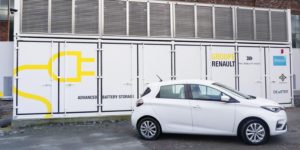 chargecloud GmbH, a provider of cloud-based software solutions for managing and billing at charging stations, and The Mobility House (TMH) are linking their ChargePilot and chargecloud systems. The duo has developed an interface for this purpose. 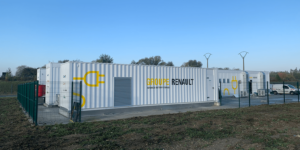 EVBox and The Mobility House (TMH) join forces to establish Vehicle-to-Grid charging. Within the scope of cooperation, EVBox will provide hardware for V2G projects of TMH. Both companies also invest in research and development. 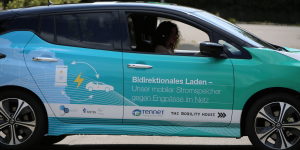 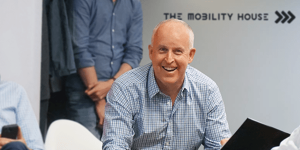 Diarmuid O’Connell, former VP of Corporate Development for Tesla, has joined The Mobility House’s Board of Directors. O’Connell’s role will be to support the automotive industry and drive strategic growth in the US.

The Renault, Nissan and Mitsubishi alliance is investing in the energy service provider The Mobility House through its venture capital subsidiary Alliance Ventures. As of yet, the scope of the investment is unknown. 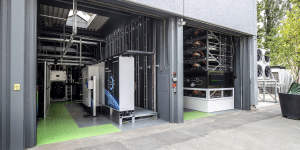 Audi has opened a stationary energy storage facility with a capacity of 1.9 MWh on the EUREF campus in Berlin. The lithium-ion batteries in second use come from development e-tron vehicles and tests various interaction scenarios between electric cars and the energy grid. 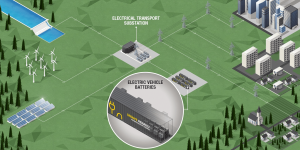 French carmaker Renault and partners have published their plan for an Advanced Battery Storage system. They say it will become the largest energy storage system in Europe reutilising batteries from used electric vehicles. The modular system will comprise of multiple sites across France and Germany. 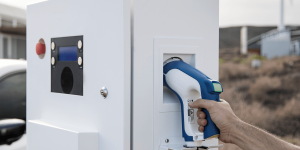 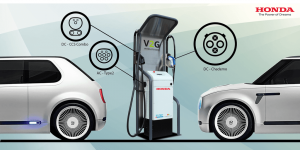 EV sharing in Singapore: The sovereign city-state will see the debut of its first islandwide EV sharing programme in December. Operator BlueSG, a subsidiary of French conglomerate Bolloré, wants to start with 80 EVs and 30 charging stations. Within three years, the fleet shall grow to 1,000 electric cars and the infrastructure network to 500 stations with a total of 2,000 charging points.
todayonline.com, channelnewsasia.com

Electrifying South Australia: Eight fast charging stations have been inaugurated in Adelaide – among them four Tesla Superchargers. The new stations are part of a network developed in South Australia that allows Tesla drivers to commute between the north of the state, its capital Adelaide and Brisbane.
theleadsouthaustralia.com.au

Equipment for fuel cell electric buses: For 8.3m dollars, the Californian SunLine Transit Agency has ordered a combined hydrogen PEM electrolyser and H2 station fuelling solutions from Proton Onsite and Nel Hydrogen Solutions. With an expected hydrogen capacity of up to 900 kg per day, SunLine intends to fuel its growing fleet of fuel cell electric buses in the Palm Springs area.
greencarcongress.com

China’s 5-km radius rule: The rather poor Guizhou province will see an extensive EV charging network in urban areas in order to catch up with richer regions in energy conservation. By 2020, the provincial government targets one charging point within a 5-km radius in every county-level city. In Beijing and Shanghai, charging facilities are available within a radius of less than 5 km.
chinadaily.com.cn 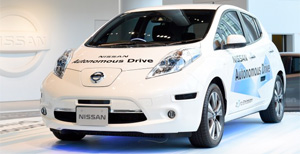 Autonomous Leaf: Nissan tests its Piloted Drive 1.0 with three “intelligent” Leaf at the firm’s Advanced Technology Center near Tokio. Each test EV is equipped with almost 400 autonomous drive sensors. The first version of the Leaf with the new technologies will be available in Japan by the end of 2016.
autoblog.com, autonews.com

Energy storage from EV batteries: Daimler Accumotive, The Mobility House and GETEC are working on a 13MW-battery in German Lünen that re-uses old EV batteries to store energy. The joint venture requires 650 electric car batteries with 20 kWh each to realise the project.
heise.de (in German)

E-Trucks made in Germany: Starting in 2016, Framo GmbH from Saxony will produce battery-electric commercial vehicles with a gross vehicle mass of 12 to 26 tonnes. The modular drive and battery concept allows customer to choose from motors between 140 kW and 310 kW and battery capacities between 60 and 307 kWh. Framo recently presented the E180 / 280 electric truck.
framo-et.com

Green shipping in Norway: The “Green Coastal Shipping Program” by the Norwegian government and DNV GL aims to create the world’s most environmentally-friendly vessels. Five pilot projects, that involve a tanker, a plug-in hybrid ferry and a port, use LNG and batteries as energy sources to drive the boats.
maritime-executive.com, gas2.org

Most clicked link on Monday was Nissan’s new EV concept that will debut at the Tokyo Motor Show.
autoblog.com

EV boost in California: A number of government and business leaders announced new initiatives to accelerate the adoption of plug-in electric vehicles and workplace charging in California. For instance, the Department of the Navy will lease more than 450 EVs to replace gas-powered vehicles. PG&E will invest 35 million dollars for 180 new charging stations and 152 new plug-in electric vehicles. Coca-Cola is deploying 28 hybrid service vans in California and will add chargers at seven facilities. Furthermore, LADWP announced it will purchase and lease 157 PEVs (117 Volts and 40 Leafs) and charging stations.
electriccarsreport.com, prnewswire.com

New e-bus plant in China: BYD and Guangzhou Automobile started operations at an electric-bus plant in Guangzhou, where they are targeting an annual production capacity of 5,000 buses. The Guangzhou municipal government has already ordered 400 e-buses.
nikkei.com

Austria extends EV funding: Austria’s funding programme “klimaaktiv mobil” for companies and municipalities (we reported) will be extended by one year. The country will sponsor electric taxis with up to 6,000 euros, electric vans with up to 30,000 euros and fast charging stations with up to 10,000 euros.
ots.at (in German)

TMH chargers for VW customers: In Germany, VW has teamed up with charging infrastructure provider The Mobility House. The latter will provide Volkswagen customers purchasing a plug-in model with a home charging package including a wallbox and an installation service.
auto-medienportal.net (in German)

EverCharge secures investment: The Californian EV charging provider EverCharge has received a seed investment of 1.4 million dollars led by the venture fund Bolt. EverCharge will use the money to continue its national expansion and to further develop its SmartPower technology platform.
chargedevs.com