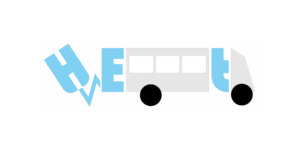 The programme was conducted in Beverly, Massachusetts, and has provided energy back to the electricity grid for more than 80 hours this summer. Highland Electric Fleets – a provider of electrification-as-a-service for municipal and government fleets in North America – activated two electric school buses equipped with Proterra battery systems to feed more than seven-megawatt hours (MWh) of energy back into the electric grid as part of a commercial vehicle-to-grid (V2G) program with National Grid. The power has helped to stabilise the grid during some of the hottest summer days when electricity was most in demand.

“Electric school buses are ideal assets for V2G applications,” said Sean Leach, director of technology and platform management at Highland. “Nearly 500,000 school buses in North America spend most of their time parked. Fossil fuel-powered buses provide no value when idle. Electric buses, on the other hand, can be used effectively as mobile batteries when not transporting students to provide additional power that supports grid stability and resiliency. We’re excited to work with top-tier partners to scale V2G programs and benefits to other communities.”

With technology partners Thomas Built Buses, Proterra, Rhombus, and Synop, Highland Electric Fleets were able to demonstrate electric buses as grid stabilising resources with over 32 grid events this summer. Highland says this has been able to provide a template to scale this service at additional deployments in Vermont, Maryland, Colorado, California, Virginia and beyond.

“For cities looking to optimise their energy grid, V2G is a breakthrough technology, and its full capacity is only realised when it can be applied to EV fleets,” said Gagan Dhillon, co-founder and CEO of Synop. “A cross-organisation collaboration of this nature is crucial to unlocking that capacity and producing the tremendous environmental and economic benefits.”

This is not the first time the electric fleet service has provided energy for the state grid from electric school buses. In 2021 the Highland and its technology partners sent around three MWh of energy back into the grid over what amounted to nearly 60 hours over 30 grid events.

Highland says that 10 MWh have now been sent to the grid to alleviate strain on the system. The company estimates that this amount (10,000 kWh) is enough to power up to 600 homes for one day.

“For cities looking to optimize their energy grid, V2G is a breakthrough technology, and its full capacity is only realized when it can be applied to EV fleets,” said Gagan Dhillon, co-founder and CEO of Synop. “A cross-organization collaboration of this nature is crucial to unlocking that capacity and producing the tremendous environmental and economic benefits.”

V2G applications allowing electric vehicles to feed energy back into grids during peak demand, power outages and other grid events are becoming increasingly common. In July this year, Nuvve and San Diego Gas and Electric (SDG&E) allowed electric school buses to give energy back to the grid with the aim of preventing blackouts through the utility’s Emergency Load Reduction Program (ELRP).

In December last year, SEA Electric, a provider of electric commercial vehicles originally from Australia and now based in Los Angeles, received a major order from US school bus dealer Midwest Transit Equipment (MTE) to convert 10,000 existing school buses to electric vehicles that will be equipped with a vehicle-to-grid (V2G) function.

While a number of pilot programs have started with privately owned electric cars and V2G programs, electric commercial vehicles, and especially electric school buses, provide the unique opportunity that the routes, timetables and capacities of the buses are all known factors in addition to the fact that the vehicles are only active two times each day, meaning it is an easy and reliable source of balancing power for local grids.