Lucie Mattera has “put our sector at the heart of the EU energy transition,” Bonnet added. Mattera has worked for all three EU institutions, the European Parliament, the Commission, and the Council, and has been in Brussel for 15 years. The French Government has also employed the e-cargo cyclist, and she led a Brussels-based trade association and the Brussels office of a think tank that promotes climate safety.

At ChargeUp Europe, she hopes to lobby for “real policy consistency and policy alignment”. She also mentions making a case for investors. 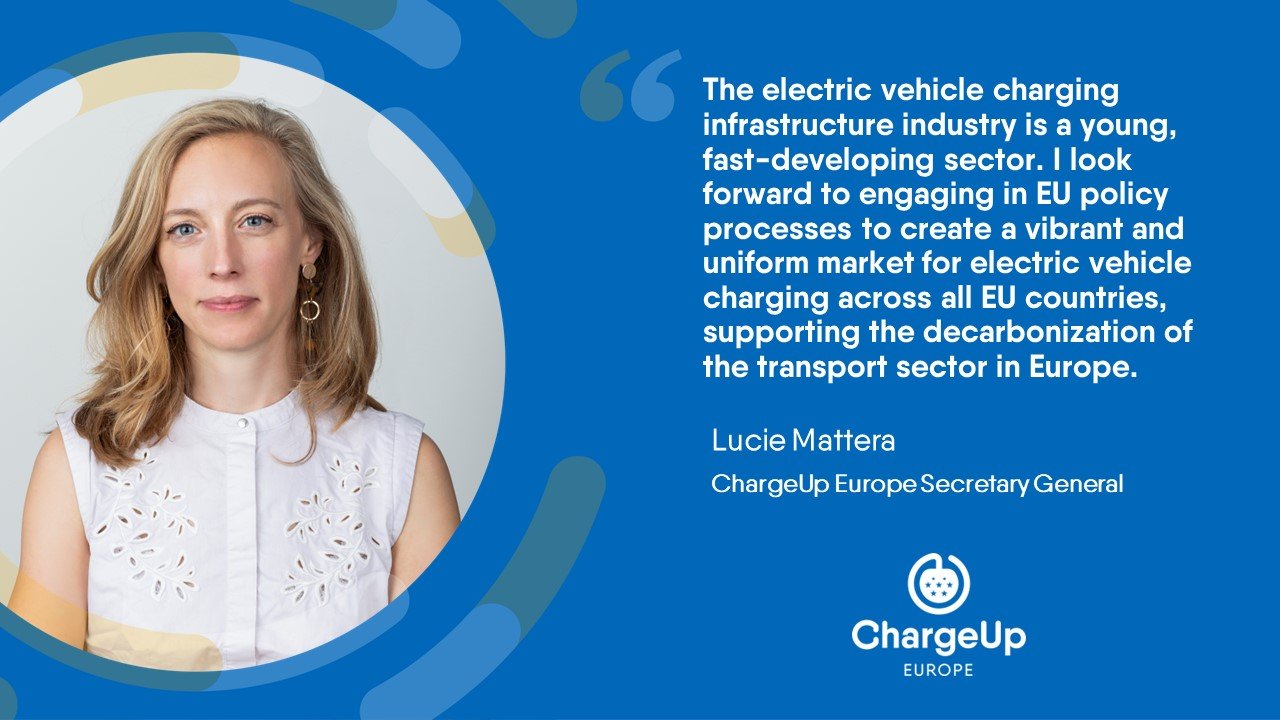 The association previously issued calls for minimum requirements for at least 29,000 MW of installed capacity across the EU by 2025 to serve the number of cars with electric drives expected on European roads. This is equivalent to 900,000 AC charging points, 200,000 DC charging points with more than 50 kW, and 40,000 high-power charging points with at least 150 kW. This would correspond to at least a four-fold increase in the currently installed total capacity for AC charging and at least a ten-fold increase in that for DC charging. By 2030, the capacity must increase to at least 66,000 MW, estimates the organisation.

ChargeUp Europe added that it was crucial to complement these targets by harmonised rules under a new EU Regulation to break down the existing market and regulatory barriers to scale-up European infrastructure.

Since its creation in early 2020, ChargeUp Europe has grown to 24 members and eight partners. Founded by Allego, ChargePoint and EVBox, other members include ABB, BorgWarner, Compleo, Fastned, Plugsurfing, or Portugal’s EDP and Efacec, Ekoenergetyka, as well as the oil corporations BP, Shell and TotalEnergies.