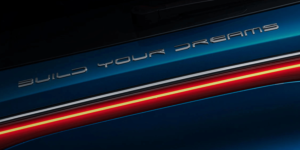 The news comes on the heels of an announcement by Thai industrial developer WHA, who signed a purchase agreement with BYD for 96 hectares of land for the production facility. According to the statement, the plant will be located in an industrial area called ‘WHA Rayong 36 Industrial Estate’, selected for its proximity to highways, Map Ta Phut and Laem Chabang ports and U-Tapao Airport. BYD plans to sell the electric cars built on site starting in 2024 in Southeast Asia and Europe, according to its development partner. It specifies that the vehicles will be right-hand drive.

With the support of the Board of Investment of Thailand, BYD Thailand will build a plant for electric cars with advanced right-hand drive technology at WHA Rayong 36 Industrial Estate. The plant is expected to be operational in 2024 and have an annual capacity of 150,000 electric cars. Production will be exported to ASEAN countries and Europe.

“Opening this new overseas production facility at WHA Rayong 36 Industrial Estate is truly a significant advancement in our group’s expansion,” said Liu Xueliang, general manager of BYD’s Asia-Pacific Auto Sales Division. After a thorough search and selection process, the site proved to be the ideal choice due to its geographic location and reputation as a leading cluster of industrial parks in the region, he said.

Incidentally, BYD recently appointed Rêver Automotive Company as its exclusive sales partner for Thailand. Already in the first year of cooperation, the Chinese are aiming to sell more than 10,000 electric vehicles there.

The Thai government has long recognized an opportunity in the transformation of the auto industry and is trying to make Thailand Southeast Asia’s hub for electric vehicles. According to industry developer WHA, Thailand’s Ministry of Finance has now approved 26 electric car projects from 17 companies, which are expected to add up to a total production capacity of 830,000 electric vehicles. This is expected to increase to one million electric vehicles by early 2023. Among other things, the initiative of the Chinese contract manufacturer Foxconn established a joint venture for the production of electric cars in Thailand together with the Thai energy company PTT.

Thailand also wants to promote electric car adoption in its own car market. To this end, the government adopted new government incentives in March 2022. The declared goal is to sell only electric cars in Thailand from 2035.