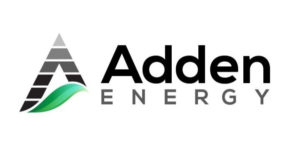 The start-up Adden Energy, founded by scientists at Harvard University, is developing a new type of solid-state battery for electric vehicles and has now announced that it has received a technology licence and closed a seed funding round of 5.15 million US dollars.

According to Adden Energy, the self-developed lithium metal battery achieves a charging time of only three minutes in the laboratory and a service life of more than 10,000 cycles. The prototype also has a high energy density and material stability “that overcomes the safety problems of some other lithium batteries”. The results have been published in Nature and other journals.

In other news, the startup announces it has received an exclusive technology licence from Harvard University’s Office of Technology Development (OTD) to scale solid-state battery technology. In addition, a good US$5 million has come in via a seed funding round. The round was led by Primavera Capital Group. Rhapsody Venture Partners and MassVentures also participated. The licence and venture funding will enable the startup to scale up the lab prototype to commercial use of a solid-state lithium metal battery, according to a statement.

Thus, the startup plans to first scale the battery to a palm-sized pouch cell and then turn it into a full-fledged vehicle battery in the next three to five years. “If you want to electrify vehicles, a solid-state battery is the way to go,” says Xin Li, associate professor of materials science at Harvard’s John A. Paulson School of Engineering and Applied Sciences (SEAS). “We set out to commercialize this technology because we do see our technology as unique compared to other solid-state batteries. We have achieved in the lab 5,000 to 10,000 charge cycles in a battery’s lifetime, compared with 2,000 to 3,000 charging cycles for even the best in class now, and we don’t see any fundamental limit to scaling up our battery technology. That could be a game changer.”

Adden Energy was founded in 2021 by Xin Li along with William Fitzhugh and Luhan Ye, who were both involved in developing the technology as PhD students in Li’s Harvard lab. Fred Hu, founder and chairman of Primavera Capital, is also a founder of Adden Energy.

Our Next Energy presents 240-Ah cell with high energy density