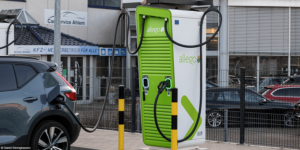 In Europe, Allego announced a further price increase for its charging stations on 7 October – although the previous price round only took place on 1 September. In Germany, Shell Recharge is already increasing its rates at the end of the month.

Allego says it is forced to adjust its tariffs again due to rising electricity prices across Europe – although the price increase announced in August only came into effect on 1 September. The three-tier system of AC charging, DC charging up to 50 kW and DC charging over 50 kW will remain in place.

In Germany, the kilowatt-hour price at the company’s own AC charging points will rise from 47 to 60 cents from 7 October. For DC charging with up to 50 kW, 75 cents per kilowatt hour will be charged at Allego from the effective date (previously 70 cents). For DC chargers with more than 50 kW, the kWh price will rise from 75 to 80 cents. By comparison, before the current price round, DC charging with more than 50 kW was possible for 68 cents, while AC charging cost 43 cents per kWh from January 2022 until the end of August in Germany.

These are the standard rates including VAT and transaction costs when users pay by credit or debit card (Smoov or contactless payment). The conditions at Allego pillars when activated via a roaming provider may differ – then the rates of the roaming network apply.

In other European countries, the prices will be even higher from 7 October: In France, the kWh price for ultra-fast charging is 98 cents, close to the one-euro mark, and DC charging with up to 50 kW is also more expensive than HPC charging in Germany at 88 cents. In the Netherlands, where DC prices even dropped slightly on 1 September, some tariffs are higher than in Germany from the cut-off date in October – the costs for AC and DC charging are the same, HPC charging is even more expensive than here in Germany at 0.85€/kWh. All prices for the other countries can be found in the notice linked below.

Shell Recharge is also increasing its traction power prices in Germany – the exact conditions for other countries have not yet been revealed. From 28 September, 64 cents per kilowatt hour will be charged at the company’s own fixed-price fast-charging stations, up from 59 cents. At the roaming partners, Shell customers will then pay 74 cents instead of 64 cents per kWh for fast charging, the AC tariffs will rise from 46 to 49 cents per kWh. The prices at Ionity fast charging stations remain unchanged at 81 cents.

Shell Recharge is also introducing a blocking fee with the tariff change. “In order to keep pace with developments in the German market, we are introducing a blocking fee for the roaming network. This applies to both DC and AC tariffs. A blocking fee is a per-minute charge that applies after a certain period of time has elapsed,” it says on the product page. After 240 minutes, €0.10 per minute is incurred – up to a maximum of €12 per charging process.

ABB to build new charging station factory in the USA