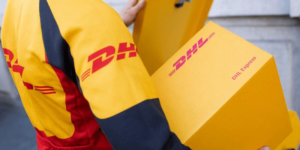 DHL Express Canada has announced that it will procure 110 electric vehicles over the next twelve months. The first ten electric trucks are scheduled to enter service in Montreal later this year.

They will be Class 6 medium-duty electric trucks with a range of 290 kilometres and a battery capacity of 252 kWh, according to the news site Electric Autonomy. The manufacturer has not yet been revealed. Class 6 vehicles are at the upper end of medium-duty trucks in North America, weighing 19,501 to 26,000 pounds (8.846 to 11.793 tonnes).

DHL plans to add an additional 100 electric vehicles into its fleets in various Canadian cities, including Ottawa, Hamilton, Toronto, Vancouver, Edmonton and Calgary, by mid-2023. The total investment of 15 million Canadian dollars will also go in part towards building the charging infrastructure needed for electric vehicles.

“We have ambitious plans to invest in electric vehicles as part of our focus on sustainability,” said Andrew Williams, CEO of DHL Express Canada. “The introduction of these electric trucks into our country is a huge step forward toward achieving our clean transport goals,” he noted.

DHL Group reportedly plans to convert about 60 per cent of its global last-mile delivery vehicles to electric powertrains by 2030.