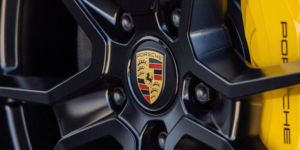 The Volkswagen Group has completed the planned Porsche IPO. Since this morning, traders can buy Porsche shares on the Frankfurt stock exchange for €82.50 per Preferred Share under the trading symbol “P911”.

Today’s initial listing makes Porsche’s the largest IPO ever carried out in Europe in terms of the market capitalisation of around 78 billion euros. The 113,875,000 non-voting shares placed by Volkswagen represent 12.5 per cent of Porsche AG’s issued and outstanding share capital.

This is less than assumed when news of Porsche’s possible IPO broke in February this year. Back then, reports suggested, trading of 20 to 30 per cent of Porsche AG on the stock exchange; a value later confirmed by the VW Supervisory Board.

However, today’s valuation of €78Bn is in line with previous forecasts between 60 billion and 85 billion euros ($60 billion to $85 billion).

Oliver Blume, Chairman of the Executive Board of Porsche AG, called the IPO “a historic moment for Porsche. Above all, I would like to thank our more than 37,000 dedicated colleagues worldwide and all who have enabled us to announce our successful IPO today.”

Employees had previoulsy been assured that no jobs would be lost.

In addition, the VW Board had been assured that the billions in proceeds from the IPO will be invested in electromobility – for example, in the planned six battery cell factories in Europe.

In today’s news, Blume more or less confirmed these targets when saying, Blume: “Porsche wants to grow with its luxury products and services and assume social responsibility.” The statement reads further: Porsche also sees itself in a leading position in electromobility and has set ambitious targets: In 2030, Porsche’s ambition is for over 80 percent of new vehicles delivered to be battery-electric vehicles.

Retail investors that placed orders with syndicate banks were allocated about 7.7% of the total placement volume, however, Porsche notes the offer was oversubscribed.

Earlier reports suggested that a double shareholding in Porsche AG – sometimes directly, via VW – Porsche SE and thus the Porsche and Piech families would increase their influence on the sports car manufacturer.