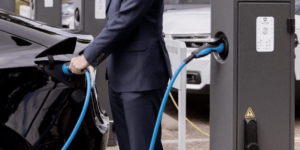 The EU Parliament is considering imposing sanctions on member states and charge point operators misaligned with the European plans to accelerate charging infrastructure. MPs could vote to propose significant fines this month since member states are nearly 50% off target.

Instead of the more than 677,000 charging stations for trucks and cars the EU wanted to have installed by 2020 as per EU directive, there are currently only 377,000 across Europe.

To push these numbers, the EU Parliament’s transport committee reportedly published a new proposal. It wants at least one charger available every 60 kilometres along main routes by 2026. The draft includes commercial EVs but initially limits the 60-km clause to the ten main traffic arteries of the Trans-European Transport Network.

Many EU states “simply failed to submit national strategy plans”, said Ismail Ertug, the social democratic MP in charge of the vote, when talking to Spiegel about the proposal and the now more forceful debate. He suggests that states that do not comply should pay 1,000 euros per uninstalled charging column.

In addition, it is under discussion that the member states develop sanctions against charging station operators who do not maintain the stations “adequately” or do not allow card payments. This should prevent countries from “simply delaying the offensive again through inaction,” so Ertug.

However, the report in Spiegel magazine did not detail how such sanctions would be imposed. Taking the case of CPOs, any fines would require the EU to define when a charging network was “not adequately maintained” exactly. In times of scarce semiconductors and a complex supply of spare parts, the mere consideration of charge point availability could fall short. Plus, grid integration, approval and locations may remain an issue.

The matter is different when taking EU member states and the national strategy plans criticised by Ertug. The Transport Committee demands in their proposal that governments submit plans by 2024 on how they intend to achieve the binding national minimum targets. Should the target of “electric charging pools” every 60 kilometres also be adopted, such an expansion could be quantified more precisely.

Ertug is the European Parliament’s rapporteur for alternative fuels infrastructure. As with the proposal of the Transport Committee on the density of charging stations, the EU Parliament must discuss possible sanctions in the plenary. If they are adopted, talks with the governments in the EU Council will follow before incorporating the draft into legislation.