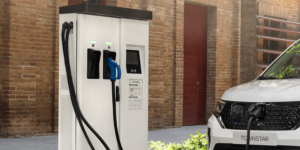 The EU Parliament’s Transport Committee has presented its proposals for accelerating the expansion of the charging and H2 refuelling infrastructure. In some cases, the committee’s demands go beyond the plans of the EU Commission.

The proposals – or officially the draft for a regulation – are not yet legally binding. They will now be discussed in the plenary session of the EU Parliament, and if they are accepted there, talks will follow with the governments in the EU Council. There, the proposals will then be incorporated into corresponding legislation.

The transport committee is calling for a charging station for electric cars to be available every 60 kilometres along the main routes in the EU by 2026 – specifically, there is talk of “electric charging pools”, i.e. larger facilities with several pillars. For electric commercial vehicles such as electric trucks and electric buses, the 60-kilometre distance is also targeted but initially limited to the ten main traffic arteries of the Trans-European Transport Network. From 2028 (instead of 2031 as proposed by the Commission), two truck charging stations per parking space will be guaranteed.

According to the proposal, both the charging points and the refuelling stations should be easy to operate and user-friendly. In addition, the prices per kWh or kilogram are to be presented transparently.

However, EU countries can still counter this by taking action themselves: The committee wants to be presented with plans by 2024 on how the governments intend to achieve the binding national minimum targets. If the German network is implemented by then, the target of charging stations every 60 kilometres would already be exceeded in this country.

Hyundai to turn Jeju island into a hydrogen showcase