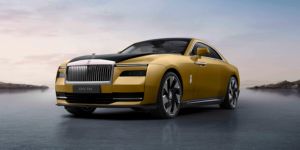 Rolls-Royce has unveiled its first ever purely electric model headed for production, the Spectre. A year after announcing the car and plans for full electrification, the company now provides performance data, albeit dependent on extensive ongoing testing.

In fact, the marque, as Rolls-Royce refers to itself, says it has devised “the most exhaustive testing programme it had ever conceived”. According to Rolls-Royce, the Spectre EV is subjected to a journey of more than 2.5 million kilometres, simulating more than 400 years of use. The company adds that more than half of the testing would happen on the “very roads that many production Spectres will be driven on,” such as the French Riviera, where they’d perfected the Planar suspension system.

All this is to ensure the Spectre EV will deliver client expectations, which should not be too hard, given that electric cars run ultra smoothly, something you’d expect from a Rolls-Royce.

Indeed the company also remarks in today’s statement that co-founder Charles Rolls had foreseen an electric future for the motor car after he acquired an electric vehicle in 1900.

Still, it took Rolls-Royce a long time to work towards such a future, not unlike other luxury brands. However, now, the company is going fully electric by 2030. CEO Torsten Müller-Ötvös had cried out about the (new) course in 2021, already announcing the Spectre. “It is a real vehicle that will be tested in public and that our customers will take delivery of for the first time in the fourth quarter of 2023.”

However, with many months of testing and optimisation still to come, these figures may change before the market launch.

The company reveals that prices for the electric Rolly-Royce will range between those of the Cullinan and Phantom. This means we are talking prices around €400,000.

Talking of said technology, Samsung will supply the batteries. Earlier reports also suggested the Spectre could rely on drive technology known from the BMW 7 that is up for electrification.

Regardless of relying on third parties for the EV parts, Rolls-Royce claims the Spectre would set a “precedent in the creation of an entirely original class of motor car, the Ultra-Luxury Electric Super Coupé,” designated by space first and foremost.

The EV will share its platform with the Phantom, bringing the Spectre to a length of 5,453 m at a width of 2,080 m and a height of 1,559 m. Still, Rolly-Royce says the drag coefficient of 0.25cd was “unprecedented”, at least in their range. The model is also the first production two-door coupé to be equipped with 23-inch wheels in almost one hundred years.

Spectre is available for commission immediately, with first client deliveries commencing in Q4 2023, according to Rolls-Royce. The company has not revealed how many it expects to sell; given the exclusive nature of the business, annual sales data range between 3,000 and 5,000 vehicles in total.

However, according to CNBC, hundreds of wealthy individuals in the US have already put deposits down for Rolls-Royce’s first all-electric vehicle. Rolls-Royce CEO Muller-Otvos told CNBC the “order book looks strong” but declined giving any details or targets.