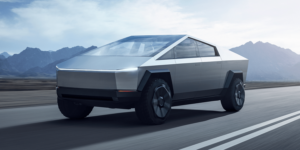 Series production of the Tesla Cybertruck will apparently not start until the end of 2023, according to a media report. That would be two years later than originally planned.

According to its report, the Reuters news agency claims to have learned this from two insiders. Tesla itself has not yet commented on the matter. A production version of the e-pickup has not yet been shown. A final price has also not yet been named.

Last month, Elon Musk stated at the analyst conference on the business figures for the third quarter of 2022 that Tesla was working on preparing its plant in Texas for the construction of the Cybertruck. Also that “early production” of the new model is expected to begin in mid-2023. So, according to the new information, series production in appropriate numbers of the e-pickup is now not expected until the end of 2023.

Tesla presented the Cybertruck in November 2019 and has since postponed the start of production three times: First from the end of 2021 to the end of 2022, then to the beginning of 2023 and most recently to “early production” from mid-2023. Elon Musk had announced the start of production of the Tesla Semi electric pickup truck at the beginning of October. But here, too, it looks like a slow ramp-up; production to date is apparently still taking place in Fremont instead of Texas.