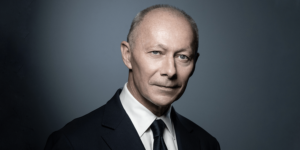 Jaguar Land Rover CEO, Thierry Bolloré, is resigning from the company for personal reasons and will leave JLR on 31st December 2022. His successor will be taking over from today and is a veteran of Jaguar Land Rover.

Adrian Mardell will act as Interim CEO immediately while Thierry Bolloré readies for his departure. Mardell has been part of Jaguar Land Rover for 32 years and a member of the Executive Board for three years.

“I am immensely proud of what we have achieved together at Jaguar Land Rover over the last two years,” Bolloré said. “The company’s transformation and acceleration towards a sustainable, profitable future as a modern luxury business is underway at great pace.”

Bolloré, in February 2021, had taken Jaguar Land Rover towards the future as he announced Jaguar would become a zero-emission car brand from 2025 onwards as part of the ‘Reimagine’ strategy. He also planned for Land Rover to greatly expand the number of electric models by introducing a comprehensive platform strategy.

Helping the transition is Thomas Müller, who JLR appointed in April of this year. The former Volkswagen manager has since signed responsible for the technical development of all new Jaguar and Land Rover models and says he wants to “usher in a new era of electric drive and digitalisation”.

As for the departing CEO, Thierry Bolloré succeeded Ralph Speth in September 2020. Although the Jaguar I-Pace was developed under Speth’s leadership, the British company, owned by the Indian Tata Group, subsequently only brought plug-in hybrid offshoots of ICE models onto the market. The production start of a purely electric successor model to Jaguar’s luxury sedan XJ planned for early 2021 could not be kept – due to a lack of synergies, so Bolloré, which would have made the stand-alone EV too expensive.