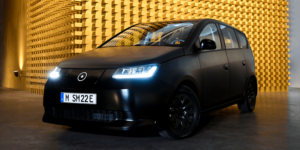 The Munich-based solar car developer Sono Motors has expanded its cooperation with Continental. The vehicles for the current series validation of the Sion are to use further components from the supplier from Hanover, also surrounding the vehicle’s battery.

To be precise, the vehicles for series validation are equipped with a driver assistance system and receive software for torque control, climate control and energy, charging and thermal management of the electric drive.

According to the start-up, Continental’s advanced driver assistance system (ADAS) will be included as standard in every Sion. The Munich-based company and the supplier speak of a “future-proof” system that will, in perspective, “not only make driving in the Sion safer and more comfortable, but also ensure that the Sion complies with the upcoming stricter European Union road safety regulations (GSR)”.

Continental and Sono Motors have jointly developed the software for the comfort and climate control as well as the energy, charge level and thermal management of the powertrain. As part of the expanded cooperation, Continental will also provide intelligent connectivity features such as a passive access and smart entry system for the production validation vehicles. 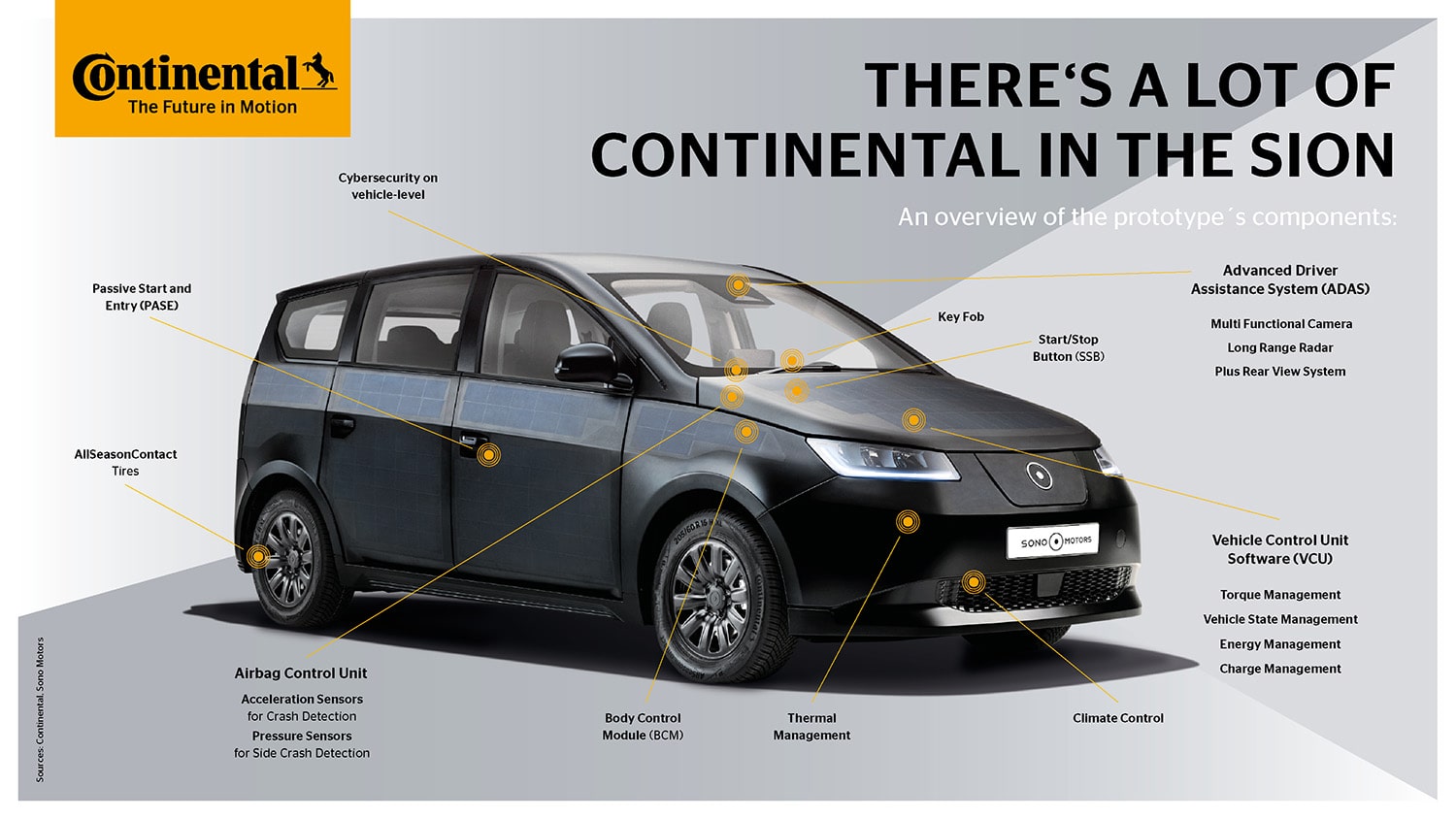 Sono Motors’ partnership with Continental began in 2018 with work on components such as the electric drive system, vehicle control unit software and airbag control unit. “Extending our cooperation to other areas, such as ADAS and connectivity, not only helps us to make rapid and decisive progress in development, but also gives us confidence that we will provide technology of proven quality to our customers,” says Laurin Hahn, co-founder and CEO of Sono Motors.

As reported, series production at the Finnish contract manufacturer Valmet is scheduled to start in the second half of 2023, a statement that is also reiterated in the current announcement. In addition, Sono states that the price for the Sion should be “around 25,000 euros net” – that would be 29,750 euros gross. Sono presented the production model with a 54 kWh LFP battery and 456 solar half-cells integrated into the body in the summer. At the time, the expected launch price of 29,899 euros gross in Germany was mentioned.