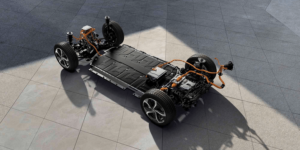 Hyundai Mobis, a South Korean automotive supplier belonging to the Hyundai Motor Group, is investing 926 million US dollars in a plant for electric vehicle components in Bryan County in the US state of Georgia.

This is the very county where Hyundai Motor Group recently began construction of its new electric car plant. Hyundai Mobis is thus following the concept tried and tested by other plants of the group of building its own component plants in the immediate vicinity. These include various sensors for assisted or autonomous driving, as well as chassis, steering and braking systems – and, as in the case of Georgia, also for electrification.

Construction of the Hyundai Mobis plant is scheduled to begin in January 2023, with production starting in 2024. The components will not only supply Hyundai’s electric car plant in Bryan County, but also the Hyundai plant in Montgomery, Alabama, and the Kia plant in Georgia.

Hyundai Mobis’ electric vehicle components include the ICCU, which is the integrated charging control unit that combines the onboard charger and the DC-DC converter into one unit in the group’s E-GMP models. This ICCU also enables the vehicle-to-load function in the E-GMP vehicles. But Hyundai Mobis can also manufacture the electric drive unit and battery systems including BMS itself.

Georgia is expected to manufacture over 900,000 EV Power Electric systems and 450,000 integrated charging control units annually, according to the state’s announcement. As a reminder, the vehicle plant under construction in Bryan County is designed to produce up to 300,000 e-cars per year – likely (but not yet confirmed) initially being the large Hyundai Ioniq 7 and Kia EV9 electric SUVs. So there would still be enough components for the other two plants.

So the component plant is essential for supplying the vehicle plant called ‘Metaplant’. For Hyundai Mobis, however, the new facility in Bryan County is already the second plant in Georgia: with its production plant in West Point (1,200 employees), Hyundai Mobis is already the largest Tier 1 supplier for the Kia plant there. The new plant is expected to create 1,500 jobs.