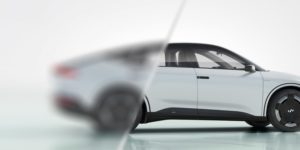 The Lightyear 2 is the Dutch solar car start-up’s volume model that has been announced for some time. The company opened the waiting list for this model a few days ago. The Lightyear 2 is to be launched at the end of 2025, initially in the USA, Great Britain and the EU, at a base price of €40,000. However, Lightyear does not say how many private customers have since joined the waiting list.

At the targeted vehicle price (which has increased by €10,000 since the last publication), Arval’s reservation corresponds to a sales potential of 400 million euros. Arval belongs to the major French bank BNP Paribas and is the leasing partner of Aiways and MG Motor in Germany, for example.

According to Arval CEO Alain van Groenendael, the provider aims to lease 700,000 electrified vehicles as part of its global fleet by 2025 – but he does not mention the current interim status. “Lightyear’s technology is proven, affordable, and environmentally friendly, making a great addition to our fleet,” the executive is quoted as saying. “Our ambition is to lease 700,000 electrified vehicles as part of our global fleet by 2025, and we look forward to welcoming 10,000 Lightyear 2 cars, that help us to reach that goal and more importantly, further support our customers with an optimal solution that answers their energy transition needs and the infrastructure challenge in Europe.”

“Next to offering our solar electric cars to individual consumers, Arval plays a crucial role as a leasing company in making our technologies available for as many people as possible,” said Lex Hoefsloot, CEO and co-founder of Lightyear. “We are grateful for their trust and being able to have their expertise and international footprint to roll out Lightyear 2.”

Not much is yet known about Lightyear 2 (in the meantime referred to as Lightyear Two), which was first announced in early 2020. The announcement on the opened waiting list gave some more data: The model is said to have the ground clearance of an SUV, and the aerodynamically sloping roofline is in keeping with the Lightyear style. The range is now said to be up to 800 kilometres (previously 725 kilometres were mentioned). The shape of the vehicle, stylised in a graphic, strongly resembles the larger Lightyear 0, only smaller and, above all, somewhat higher.

Further concrete data (such as battery or engine specs) are not yet available – but there are some statements. The Lightyear is supposed to have the lowest operating costs of comparable EVs and produce only half the emissions of a “conventional” electric car. With the solar panels, the range is to be doubled (this statement is not specified more precisely), and the car is to be charged three times less often, according to Lightyear.

Hertz to deliver 25,000 BEVs for Uber in Europe