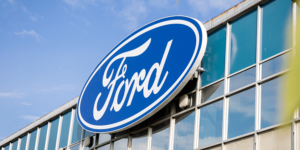 Ford is negotiating with BYD about a potential sale of its vehicle plant in Saarlouis, Germany. A Ford delegation will soon travel to China to negotiate. However, the talks are still at an early stage.

This is what the Wall Street Journal has heard from insiders. Since the talks are not far advanced, they could still fail. In addition, there are apparently around 15 interested parties for the plant, although not all of them come from the car industry.

Even if BYD’s interest has not been confirmed by the company, a takeover of the Ford plant would certainly fit the Chinese manufacturer’s strategy: BYD is planning at least one production facility for electric cars in Europe. In December, BYD manager Stella Li told Bloomberg that they were evaluating the best location “to support BYD’s rapid ramp-up”. However, it was not confirmed at the time whether the Chinese manufacturer would build a new plant or take over an existing factory.

BYD initially launched three electric vehicle models in some European countries at the end of 2022, and two more series could follow in the course of 2023 – the Seal electric mid-size sedan and possibly also the Dolphin electric compact car. Like the first three European models (the Atto 3 compact SUV, the Han large sedan and the Tang large SUV), all BYD electric cars offered in Europe are currently still built in China.

Ford had decided last year to manufacture their next-generation vehicle architecture in Valencia, Spain, and not in the German plant in Saarlouis. Ford currently produces the Focus series with combustion engines in Saarlouis, which is due to be phased out in 2025. As Ford has not yet confirmed a new model for the plant and wants to reduce its production capacity in Europe, a buyer is being sought.

Separate from the reports surrounding Saarlouis, Ford confirmed that it plans to decide by mid-February how many jobs it will cut in Europe. Earlier this week, it emerged from works council circles that up to 3,200 jobs are to be cut in Cologne alone, including in the European development department.