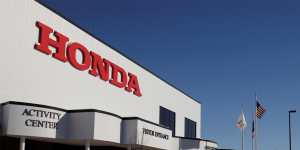 Honda has announced the establishment of a new division to strengthen its electrification business within its organisational structure and accelerate development. This will be done not only for the car division, but also for the two-wheeler and powertrain business.

On 1 April 2023, the new Electrification Business Development Operations department will be created to consolidate business strategy and product development for BEVs in the automotive business, as well as electrification in the motorbike and drive product business, according to a statement from the Japanese Group.

April 1 is the traditional start of the new fiscal year in Japan, which is shifted to the calendar year and thus does not end until March 31 of the following year. “With this year’s changes, Honda will further solidify the direction of the organizational changes made last year with an eye toward the realization of carbon neutrality by 2050,” Honda writes.

As of April 2022, Honda had already created the Business Development Operations division, which included Software Defined Mobility, Energy System Design and the Business Development Supervisory Unit, alongside the Business Operations unit, which is basically responsible for the production of cars and motorbikes. This will now become Electrification Business Development Operations. The Software Defined Mobility and Energy System Design units are now subordinate to the BEV Development Centre, which is also new. In addition to the BEV Centre, the new unit also includes comparable development tasks for the two-wheeler and drive divisions. It is also responsible for the Automobile Business Strategy Unit, which deals with strategic issues relating to electric cars, hybrids and internal combustion engines. However, the Group strategy will continue to be developed separately.

In the course of this, the regional operations will also be restructured. Until now, there were six areas of responsibility, with Germany falling under Europe/Africa. In future, there will only be separate organisations for China and North America. All other regions, including Japan, which was previously organised separately, will now be managed as Associated Regions, including Europe.

As reported, Honda wants to launch 30 electric models worldwide by 2030 and is relying on three pure EV platforms. Concrete models or timetables for the platforms are not mentioned in the announcement on the reorganisation.

BYD in talks with ford for factory in Saarlouis