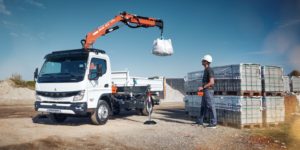 At the Bauma trade fair, the Daimler truck subsidiary Fuso presented a version of its eCanter electric truck optimized for the construction industry. The all-electric truck with a capacity of up to 8.55 tonnes will in future also be offered with bodies suitable for construction sites – such as a roll-off tipper from Unsinn, a […] 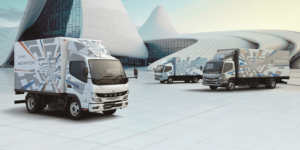 Daimler truck subsidiary Fuso is unveiling the next generation of the all-electric eCanter light truck. The new vehicle will be offered in weight classes from 4.25 to 8.55 tons, in addition to the currently available 7.5-tonne truck. The Next Generation eCanter will celebrate its world premiere in Japan. 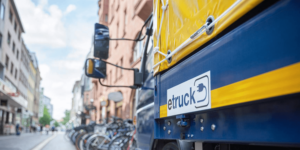 The logistics provider Dachser is deploying 7.5-tonne electric trucks in Munich starting this month. In the first step, a Fuso eCanter will start its service in the postcode area 80539. Two more vehicles of this type are expected to be added in early 2023. 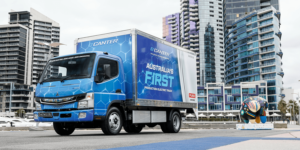 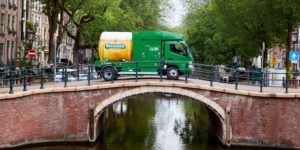 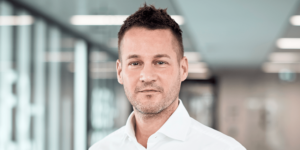 Mitsubishi Fuso Truck and Bus Corporation (MFTBC) announced the eCanter launching in Australia. With the Australian rollout, the all-electric light-duty truck will now be running in a fourth major region, following Japan, Europe, and the US. 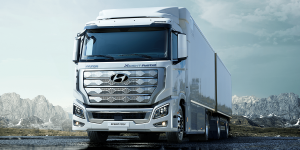 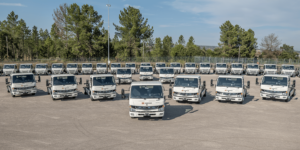 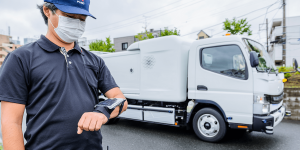 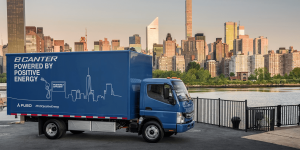 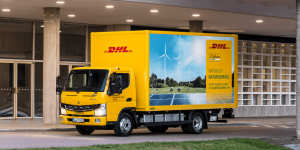 Testing Fuso: The German city of Stuttgart and logistics company Hermes will be testing five battery-powered Fuso Canter e-cells from Daimler. The 6-tons e-cells will be tested over twelve months in tough, everyday environments. Two will be deployed in road construction and landscaping, two in furniture transport and waste disposal, and one will make deliveries for Hermes.
automotiveworld.com

Electric fleet: AMT vehicle rental invested 200,000 pounds to add Nissan Leaf and a Tesla Model S to its fleets in Leeds, Stockport and London. Nearly 10 percent of AMT’s rental fleet is now made up of electrics and hybrids.
evfleetworld.co.uk

From free to fees: EV owners in South Korea will now have to pay to charge their car. While automakers argue that charging should remain free to help build the industry, owners will now pay roughly 27 cents per kWh at all of the 337 charging stations in the country. Many were not aware of the subsidy change, and worry that the future of EVs in Korea is now in question.
koreajoongangdaily.com

EVs for the underprivileged: One region in China hopes to introduce 100,000 low-cost EVs by 2020. The cars will be aimed at poorer regions and come with a significantly smaller price tag ranging from 4,600 to 7,700 dollars. This measure is part of a larger programme that hopes to make 50 percent of new vehicles electric in pilot areas.
shanghaidaily.com

Senior transportation: A collaboration between Toyota and Nagoya University is testing a carsharing service to help elderly citizens find rides. An undetermined number of Toyota’s super compact COMS EV will also be available for rent. The programme is currently being tested in the city of Toyota in the Aichi Prefecture and is expected to integrate automated driving in its third year.
japantimes.co.jp