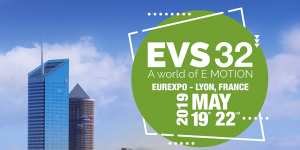 This year’s EVS is taking place in Europe, to be exact in Lyon, France from the 19th to the 22nd of May, 2019. It marks the event’s 50th anniversary, which boldly claims the title of “Number one pan-European e-mobility event this year”, and, at the very least, the most long-standing electric mobility forum on the […]

This is Skateboard fan Jack Smith’s fifth time travelling across the United States on a skateboard. Only this time, the 59-year-old has a little help from an electric motor. After all, he is not getting any younger.
sanluisobispo.com

BMW and SGL: The German joint venture is planing to expand its carbon fibre production in Moses Lake, USA. To meet demand of the lightweight material used in BMW’s electric cars, 120 new workers will be hired by early 2015, bringing the number of employees to 200. In total, BMW will invest 200 million dollars in the facility in Washington State.
nytimes.com, greencarcongress.com

Team Future Electric: The consortium of Danish companies and the Aalborg Univeristy have developed a new kind of e-motorbike, ready to hit the track at the FIM eRoadRacing Championship and Moto E. Weighing only 180 kilos, the bike can go from zero to 100 in 2.5 seconds.
technologicvehicles.com (plus video)

Michelin invests in fuel cell technology: According to rumours, Michelin has bought 31% of minority shares of French company Symbio FCell, helping it increase capital. The latter is working on fuel cell range extenders, which are currently being tested in the French post office’s HyKangoo.
technologicvehicles.com

Mahindra sites in Michigan: The Indian company wants to build up to 9,000 units of the GenZe electric two-wheeler at its new factory in Michigan. And with the expansion of the Mahindra North American Technical Center (MNATC), the company adds engineering expertise as well as vehicle prototyping capabilities to its global operations.
greencarcongress.com, greencarreports.com, forbes.com