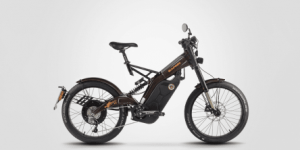 Reinvigorated Spanish motorcycle manufacturer Bultaco will launch its second model in spring 2018. It follows the company’s debut model Brinco – a cross between an electric bike and motorcycle.

VW plans big in China: The German carmaker is to invest up to 20bn euros in 10 battery plants as VW now projects homemade demand for cells in the range of 150 GWh. The first of such facilities may be build in China, Automotive News quotes a source close to senior management, who expects electric mobility to “catch on there as a trend much sooner given the government’s relentless push.”
autonews.com

Investing in China may become easier as decision makers in Beijing consider to lift the 50 percent cap on stakes foreign manufacturers can hold in a joint venture with a Chinese company. The move would allow carmakers like Volkswagen to control their operations in China more freely.
autonews.com 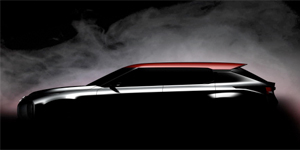 Teasing the next Outlander: Mitsubishi is to present the Ground Tourer Concept plug-in hybrid at the Paris Motor Show this autumn. A first image shows a streamlined silhouette of the SUV study that previews the next-gen Outlander PHEV.
greencarcongress.com, carscoops.com

Model S 75 now in the U.S.: Tesla expands its portfolio as the Model S 75 featuring a rear drive and 75 kWh battery becomes available as standalone offer in the States. Prices for the version, that has previously been offered in the USA as an upgrade only, start at 74,500 dollars.
insideevs.com

More affordable V60 Hybrid: Volvo introduces the hybrid V60 with a D5 Twin Engine in the UK. Prices for the D5 hybrid start from 37,500 GBP and 35,000 GBP with the government grant for PHEV. That is considerably less than the 45,000 pound one has to pay for the D6 Twin Engine version.
carsuk.net, nextgreencar.com

Bultaco expands its line-up: The Spanish firm launches road legal versions of its Brinco e-bike. While the first Brinco was for off-road use only, the R-E is classified as moped at 45 kph and the Brico C is a 25 kph pedelec. Both are electronically limited as the motor remains the same 2kW.
gizmag.com 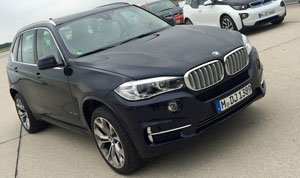 BMW X5 plug-in timetable: German Automobiloche reports that serial production of the BMW X5 xDrive40e will kick off in the U.S. facility of Spartanburg on August 1st. The plug-in SUV will arrive at U.S. dealerships in October, and in Europe and China at the beginning and end of November, respectively.
automobilwoche.de (in German)

Bultaco returns: Spanish company Bultaco, which stopped manufacturing motorcycles in 1983, is back with an electric bike. The Brinco is a cross between an e-bike and an electric motorcycle with a top speed of 60 kph. It has an aluminum frame and a 8 kg removable battery. Next the company wants to introduce an “Electrical Urbanmotard” based on the Rapitán prototype.
motorbikewriter.com

Norwegian startup Meshcrafts wants to democratize access to EV charging stations with their mobile app and become the “Airbnb of electric vehicles”. The main goal is to make it possible for everyone to buy and sell electricity from each other.
bitcoinist.net, wired.co.uk, meshcrafts.com

Dongfeng EV spied: The Dongfeng Fengshen A60 EV has been caught on camera. The EV features a 70 kW electric motor allowing for a top speed of 150 kph. Range is estimated at about 200 kilometers.
carnewschina.com

Testing BMW’s plug-in SUV: Autocar got their hands on the steering wheel of the X5 xDrive40e, generally happy with the performance. However, Nic Cackett notes that the PHEV fails to meet efficiency standards in the UK, not qualifying for the OLEV grant or to avoid the London congestion charge. Conclusion: “There’s no compelling reason for the xDrive40e to stick long in the memory.”
autocar.co.uk

Fuel cell powered Lexus? Having just released the Mirai, Toyota plans to phase in fuel-cell powered versions of other models, according to Motoring. The system could be used in the Lexus LS by 2017 as well as in Toyota models like the Corolla and Crown and in a large SUV over the next few years.
motoring.com.au

200,000 EVs by 2020 is the ambitious goal of South Korea’s latest policy package. Measurements include the extension of existing tax cuts, investments in infrastructure as well as a further electrification of vehicles purchased by public institutions. A pilot program on Jejudo Island will see battery leasing as well as the roll out of 119 electric buses and 1,000 electric taxis and rental cars by 2017.
koreaherald.com

Electric minivan for China: Early next year, the Xin Longma Kaiteng M70 EV will hit the Chinese market. The electric minivan is the first of its kind and said to have a range of 190 km (118 miles) at a price of only 60,000 yuan (9,640 dollars) after incentives.
carnewschina.com

Bultaco e-bike: The Spanish brand is bringing the Brinco, an extra fast electric bike with a top speed of 60 km/h (37 miles). The 1-kWh Li-Ion battery provides a range of up to 100 kilometres (62 miles), but only in pedal-assist mode. A limited edition is scheduled for delivery in April for 4,800 euros (6,000 USD).
autoevolution.com

Mirai review: John Voelcker drove Toyota´s FCV and found it very similar to the Prius, be it the steering or the interior. However, the Mirai’s hydrogen system makes sounds which are unheard in a Prius.
greencarreports.com 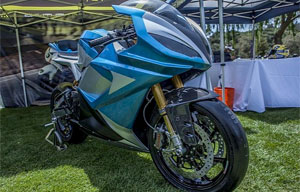 Electric super bike unveiled: Finally, the “fastest legal motorbike” (we reported) can be seen in real. The Lightning LS-218 with a power of 136 kW can now be ordered and costs 38,888 dollars. In 2011, a prototype of the LS-218 was able to set the official electric motorcycle land speed record of 215 mph.
visordown.com, autoevolution.com

Urban inductive charging: Volvo, together with the Swedish Transport Authority is planning to study the potential for electric roads. To test the viability of charging buses inductively, Volvo is developing a proposal to build a 300 to 500-metres test track in Gothenburg during 2015.
reuters.com, just-auto.com

Another electric comeback: After the Belgian Saroléa revived its brand with electric motorcycles (we reported), the Spanish Bultaco has started its resurrection. The Rapitán and Rapitán Sport come with 40 kW and a top speed of up to 145 kph. Their development was supported by experts from BMW, Magna Steyr and Aprilia.
autoblog.com, technologicvehicles.com (with videos)

Ceramic separator patent: LG Chem, Ltd. has signed an agreement with Ube Maxell Co., Ltd. over its patent for separator film technology. Under this agreement, Maxell gained the use rights for the ceramic coating of separators in Li-ion batteries.
greencarcongress.com