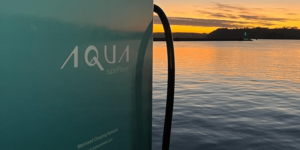 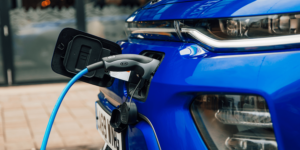 EV8 Switch app calculates whether you could go electric

The UK government launched a free app called EV8 Switch – backed by £2.7 million of UK Space Agency funding. It calculates how much money you could save by switching to an EV compared to your current ICE vehicle, along with details on the CO2 savings and air quality improvements drivers could achieve.

Liberty Global revealed details of its plan to utilise the street cabinets of its UK subsidiary, Virgin Media, to supply electric car charging stations. In cooperation with Innovate UK, a consortium is expected to install 1,200 chargers nationwide within the next 18 months.

First vehicle-to-home unit: Cenex has announced the installation of the first domestic EV-to-grid unit in the UK. The appliance was developed through Ebbs and Flows of Energy Systems (EFES) project and allows the owner to power a home through the electric car. It serves as V2G demonstration for the project partners.
fleetnews.co.uk, cenex.co.uk

Rapid charging in Devon: InstaVolt is to install rapid electric vehicle charging points across Mid Devon. Eight PAYG rapid chargers will be installed in in Tiverton, Cullompton and Crediton during the first phase of the project that is led by Mid Devon District Council.
fleetworld.co.uk, renewableenergymagazine.com

Car2Go is valid for emission credits through the Spanish government, that has agreed to buy CO2 certificates Mercedes’ electric car sharing gathers in the capital Madrid. Daimler deployed 500 electric Smarts in town and is given credits for both their green nature as well as the sharing. Spain will put the emission credits forward to reach its climate protection obligations laid out in both EU treaties as well as the Kyoto protocol.
emobilserver.de (in German)

End of Source East: EV charging network Source East will cease to exist on 31st March. Its operators cite unsustainable running costs as main reason for its closure. The existing charge points mainly in the East of England will return to their owners, with others being transferred to other networks.
autovolt-magazine.com

LG workplace charging: 100 electric charge spots will be set up by LG Electronics at 16 locations in South Korea. Employees can use the hubs for free but the project receives state support.
pulsenews.co.kr

Project Parker is a V2G study in Denmark that follows on from two other such projects. Nissan, Mitsubishi, PSA and Enel all take part as they plan to develop universal grid integration for electric vehicles by mid-2018. Ultimately, the Danish experiment shall drive V2G systems globally through the definition of technical capabilities and a proposal for a Grid Integrated Vehicle (GIV) certificate.
parker-project.com

Smart car park: In the UK Cenex is looking into V2G integration, too as it is part of a scheme to turn a Solihull car park into a battery to provide power on demand. The 1 year project seeks to develop a data management platform that collects, aggregates and optimises energy collected by multiple grid-connected EV batteries at a single location.
itsinternational.com, fleetnews.co.uk

Infiniti Q60 Black S revealed: Pictures show a high performance hybrid concept that is expected to have about 500 hp. That is thanks to F1 technology under the hood (we reported). Its powertrain was developed by Renault and Infiniti engineers together at Renault’s F1 engine base at French Viry-Chatillon. The streamlined body was shaped by Infiniti at its new design studio in London Paddington. If the Black S will make it into production is unclear at this stage.
autocar.co.uk

Recyclable electric car: Students at the University of Canterbury in New Zealand have come up with an EV that is recyclable as it is made made entirely from thermoformed plastic sheets. The team will compete in the Shell Eco-marathon in Singapore this March.
stuff.co.nz, scoop.co.nz, comsdev.canterbury.ac.nz

Open charging: The Open Charge Alliance (OCA) has adopted the Open Smart Charging Protocol (OSCP) which focusses on energy capacity planning. The protocol can be used by infrastructure providers to learn about physical net capacity by the local network operator to predict available capacity.
openchargealliance.org

South Korea serious about EVs: One in every four vehicles bought by Korean government agencies will have to be electric. The new regulation will come into effect next year and is said to help replace up to 700 vehicles. Under current regulations, 50% of the government’s fleet had to be at least small or hybrid cars.
chosun.com

The Green party of New Zealand is living up to its name as it promises to invest 20 million dollars (16,3m USD) into EV promotion if successful in next week’s election. Half of the money would go into building fast-charging infrastructure while the other ten million would be spend on 1,000-dollar cash-backs for the first 10,000 EV buyers.
nzherald.co.nz

Real world data tool: Cenex has launched a service for fleet managers at this week’s LCV event. The ‘FCRT Lite’ tool is designed to asses the viability of low carbon vehicles. It is said to be based on real world duty cycles, fuel consumption and EV range and can be accessed for free.
cenex.co.uk (tool) via fleetnews.co.uk

Supercharger leasing: Tucker Development has leased eight charging stations from Tesla for their Country Club Plaza shopping centre in Illinois. Seems like a clever idea to attract the business of Model S driver travelling between Chicago and Indiana.
rejournals.com

Mini update: ClipperCreek has upgraded its Level-2 HCS-40 and CS-40 EV charging stations. They now feature 32 instead of 30 amps but are available for the same price as before.
greencarcongress.com

Ultra fast charging e-bus: Bulgarian capital Sofia is currently testing an electric bus designed by ‘Joint Ventures Chariot,’ which uses ultra-capacitors instead of batteries. While this means that the e-bus has to be recharged every 20 kilometres, charging only takes three to five minutes.
chariot-electricbus.com (press info)

Best practice: The Cenex (Centre of Excellence for Low Carbon and Fuel Cell technologies) will hold a consultation for fleet managers at next week’s ‘Company Car in Action’ (CCIA) event, to inform them about the possibilities of introducing electric cars into their fleets. The ‘Electric Vehicle Surgery’ is said to be personalised and free of charge.
fleetnews.co.uk

Powerful breakdown assistance: Indiana-based Real Power has developed an emergency fast-charger. Their Level 3 portable charger is built onto a Chevy truck, which has an on-board generator that develops enough power to recharge the battery of a Nissan Leaf in 20 minutes to 80 per cent via the DC quick charger. That could come in handy.
hybridcars.com

No more Car2go in the UK: Daimler’s carsharing service stopped operations in Great Britain, where it could be found in London and Birmingham. Reasons for the withdrawal are competition from other car clubs, as well as a strong British culture of car ownership.
thegreencarwebsite.co.uk, europe.autonews.com