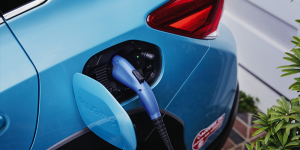 The government of Ukraine extended their electric vehicle incentive in form of the VAT exemption for imported electric cars. The Ukrainian parliament approved a bill to prolong the tax exemption for 2018 until the end of 2022.

VW’s new electric JV: Volkswagen is in talks with Anhui Jianghuai Automobile (JAC) to build and sell EV and e-mobility services for China together. The MoU predates a formal agreement that is to be signed within the next five months. The move comes as Beijing tightens emission rules.
bloomberg.com, europe.autonews.com

Lobby prevents ambitious EV incentive: German industry associations VDA and IG Metall have influenced the country’s EV grant to be lower and weaker, Stern reports. Initial drafts saw 5,000 euros per electric car financed through a bonus-malus system. Every conventional car would have been taxed with 50 – 1,000 euros. Furthermore, both the ministry of the environment and economy had agreed to impose a mandatory quota for electric vehicles on all new registration – before lobbyism.
stern.de (in German)

Peugeot bets on LEVs: While the French will present the 5008 as seven-seater in Paris, plans for a hybrid version as well as the PHEV for 2018 remain vague. Concrete are the optional electric scooter and the eF01, a stylish electric folding bike. It can be stored and charged in the trunk.
carbuyer.co.uk (SUV), peugeot.com (eFolder)

LeSee unveiled: White, sporty and autonomous is how the LeSee concept rolled on stage. LeEco CEO Jia Yueting had summoned the EV via his smartphone, demonstrating that connectivity, self-driving technology and a powerful electric motor are all part of the package. Technical details will be unveiled at the Beijing Auto Show.
engadget.com, electrek.co

No deal with Apple: According to German Handelsblatt, Daimler and BMW have ended secret talks with Apple about a cooperation on the latter’s EV project. It seems, the three parties could not agree on who would be in charge. Apple is looking for partners to help launch its project. Canadian-Austrian firm Magna is currently believed to be the favourite.
global.handelsblatt.com

Quality issues with Model X? U.S. magazine Consumer Reports questions the quality standards of Tesla’s SUV. One owner complained about the electric windows not functioning correctly and about the sensors of the falcon door wings missing, resulting in a first dent. Similar complaints have been voiced in online forums. The opposite is true for the Model S: in the UK, it received a satisfaction rating of 97,46 percent.
consumerreports.org, teslamotorsclub.com (Model X), autoexpress.co.uk (Model S)

High-performance Zoe? According to Autocar, Renault is considering a more powerful version of its all-electric Zoe called the Zoe RS. However, the move will not be possible before the EV can be fitted with a better battery to not trade range for more performance.
autocar.co.uk

EV incentives in Germany – update: It seems the ruling coalition has agreed on an outline for an incentive scheme. All EVs bought before 2020 will be exempt from the road fund license and electricity charged at the workplace will not be taxed as a noncash assistance. Moreover, the government will increase the EV quota for its own fleet by 20 percent by 2017, will step up the installation of charging infrastructure and fund research and development of battery technologies. A purchasing incentive will be discussed at a separate meeting at the end of April.
reuters.com

Disaster relief: Following the earthquake in Japan last week, Nissan will donate 100 e-NV200 and Leaf to double as emergency power outlets. Following the devastating earthquake in 2011, carmakers like Nissan, Toyota, Mitsubishi and Honda began developing technology that would turn their EVs and FCVs into portable powerstations.
transportevolved.com

EV incentives in Germany: After much debate, German Chancellor Angela Merkel has taken matters into her own hands. She will meet with executives of VW, Daimler and BMW on Friday to discuss whether carmakers could co-finance a 5,000 euro buying incentive. Moreover, the government will decide on a purchasing quota for EVs for government fleets by 2017, while Environment Minister Barbara Hendricks announced a funding programme for electric buses due to begin this year.
spiegel.de (in German), zfk.de (buses, in German), reuters.com

New BMW PHEV in March: The Bavarian manufacturer will launch the 225xe van and 330e sedan in Europe on March 5th. The limousine is priced from 43,500 euros, on par with a comparable ICE. The 225xe comes at a price of 38,700 euros and is thus about 1,500 euros cheaper than a petrol-powered model.
automobilwoche.de (in German), autocar.co.uk (225xe reviewed), autocar.co.uk (330e reviewed)

BUDD-e by 2020: Volkswagen’s electric van concept that was presented at CES is likely to make it into serial production, Dr. Volkmar Tanneberger, head of electronic development at VW, told Car Magazine. Sitting on the MEB platform, its edgy styling will also inspire another electric car. Audi, too, is considering an electric successor of its A2, as well as four more electric models utilising the MEB architecture.
carmagazine.co.uk

Tesla Model 3 updates: Elon Musk says pricing for the Model 3 in the UK will start at 30,000 GBP or less. The EV will first be presented in March. Tesla meanwhile denied rumours that a Model Y will introduced at the same time, but confirmed that Jim Keller is to act as vice president to further develop the Autopilot hardware. Keller previously worked for AMD and Apple.
techradar.com, electrek.co, electrek.co (Jim Keller)

Kia Niro sales: The South Korean carmaker aims to sell 65,000 units of its dedicated hybrid per year. It will first launch in South Korea this year and will then make its way to Europe, China and the U.S. A plug-in hybrid variant is to follow next year.
koreaherald.com

EV incentives in Germany? The German government is working on a 2bn euro programme designed to spur electric transport in the heart of Europe. The scheme draws on public infrastructure, but also includes incentives, which had been ruled out before. Government officials themselves might also be asked to drive electrically, but no details have been published yet.
zeit.de, automobilwoche.de (articles in German)

E-Pace update: It looks like the electric Jaguar E-Pace will arrive already in 2018, auto motor & sport reports. A plug-in hybrid version is also in the cards. The E-Pace will be similar to the F-Pace, but a little more compact. Technology is lent from the Concept E by Land Rover (we reported).
auto-motor-und-sport.de (in German)

Kia teases its dedicated hybrid ahead of the Chicago debut, publishing images of the Niro’s glossy outlines. The dedicated PHEV will most likely share its system with Hyundai’s Ioniq that combines a four-cylinder with an electric motor for a combined output of 150 hp.
worldcarfans.com, autocar.co.uk

Lada EV: The Russian brand is working on an electric version of the Vesta sedan. AvtoVaz, better known as Lada, already has one EV called the E1, which is produced in very small numbers. The Vesta EV is currently being tested and features a 60 kW motor and lithium-ion battery.
automobil-produktion.de (in German)

Outlander goes west: In Detroit, Mitsubishi gave a sneak preview of its latest Outlander PHEV that is scheduled to finally arrive in the U.S. in August. It had been delayed multiple times, but the plug-in hybrid will make its official debut in New York this spring.
autonews.com, thedetroitbureau.com

Taking flight: Two senior Tesla engineers have joined drone start-up Skydio. Dan Adams joined Tesla as a Senior Mechanical Engineer and stayed with the EV maker for ten years. He now followed his colleague Benjamin Thompson, said to be responsible for many of the Autopilot features.
electrek.co