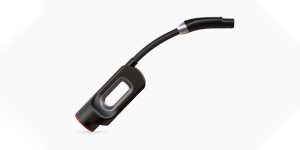 Tesla has achieved a production rate of 1,000 Model 3 a week and now it is all about steadying that flow. Elon Musk said he had walked the line bit by bit last month and asked employees to make keeping the production rate their “top priority”.

When closing a critical quarter, the pressure was on Tesla to present numbers that speak of potential profitability. The company thus urged Model 3 reservation holders in North America to configure their car Bloomberg suggests. But there are more substantial numbers too.

Data had been trickling out of Fremont with an occasional leak on Twitter but now it became apparent. Tesla has reached their Model 3 production target of 5,000 a week and is gearing up for 6,000 units next month. Also the overall results for Q2 are looking good.

The story of the Tesla saboteur is taking crazier turns. After Tesla sued Martin Tripp, he now claims to be a whistle-blower and indeed some recent scathing media reports about Tesla may be traced back to him.

After technical problems on the assembly line, now apparently Tesla is being plagued by a saboteur from the internal ranks. The reason proclaimed for the disloyalty is apparently a snubbed promotion.

The production lines at Tesla’s Fremont factory have rolled out the first Performance Model 3, weeks ahead of schedule. This is the first good news for the EV maker in some time and brings them closer to much desired profits.

There is not a day without Tesla news and most revolve around the happenings behind the gates of the Fremont factory. Elon Musk has taken over the reigns of production for the time being and has since been fighting to bring the Model 3 making up to speed and there is progress.

Elon Musk is busy exercising his role as CEO and has written another email to staff to announce a “thorough reorganisation” of Tesla, especially on the exec level. Meanwhile, the shopfloor reports advances in Model 3 production, whilst hackers race to code out remaining robotic flaws.

Tesla has made some major changes to their banking credit in order to be able to invest more capital. Hence Musk has offered up the Fremont factory as collateral as Tesla’s existing 1.8BN dollar credit only has another 543M dollars left to use. 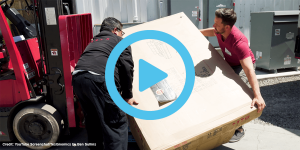 When Elon Musk said on TV that he was working so hard, he sometimes had to crush on a small couch in his factory, Tesla fans had decided to crowdfund a better couch for him to sleep on. Now the story developed into something even bigger.

Tesla being reviewed on work safety

Tesla has received some criticism about potentially manipulated work accident statistics, and is now beinng investigated by the California Division of Occupational Safety and Health. The company is being accused of deliberately hiding workplace safety issues in their Fremont factory, which Tesla has vehemently denied.

Elon Musk statements usually inspire a reaction, although his newest interview has given his followers a new direction. It seems that Elon admitted to sleeping in the factory, and fans have taken up to call to furnish the poor mans surroundings.

Despite Tesla encountering production problems since the launch of the Model 3, CEO Elon Musk is not discouraged. On the contrary, in an internal email he wrote, he now aims to increase production, saying the latest stop of the lines only serves those upgrades.

Tesla has announced another 3-5 day manufacturing break for the Model 3 assembly line, this time to improve automation. Already in February, Tesla had to resort to similar measures and basically had to stop the lines in Fremont for planned upgrades.

Tesla Model Y to go into production by end of 2019

Tesla is planning to begin Model Y production in November of 2019, Reuters reports although the official confirmation is still out. Their sources also confirmed that the Model 3 in SUV form will be produced in the Fremont factory.

Elon Musk took to Twitter to announce the arrival of the Model 3 with AWD can be expected by July. While the dual motor has been awaited, the Tesla CEO stressed (once again) that their priority is to get production up to speed.

Tesla Model 3 production getting up to speed

March is not over yet and Tesla has registered 4,500 new vehicle identification numbers (VINs) for the Model 3. It is an indicator that the lines in Fremont are rolling more smoothly now although a VIN does not mean an EV has actually been made.

Tesla employees have reported that there is a significant ratio of flawed parts for the Model 3 coming out of production, and the factory in Fremont is being used to rework and repair the parts before production, despite claims by Tesla.

The lines in Fremont came to a halt this February, when Tesla stopped the Model 3 production in order to update its processes. They now include more automation as Tesla is still behind production targets. 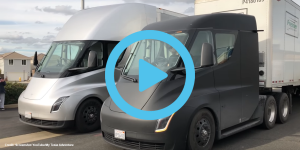 Tesla has to pay a fine in California as authorities found the EV maker guilty polluting the air in excess. It was not the all-electric Tesla cars emitting particles but the factory where they are made.

Tesla Model 3s to rent for rather outrageous prices

The EV maker may have conceived the Model 3 as its first economy EV but it is still so rare, some early buyers try to milk their advantage. Offers to rent the small Tesla for a day bear premium prices.

Self-driving shuttles in Vienna: If someone has mastered the sweet life, it is the Austrian capital and so it may not come as a surprise that its public transport may soon be autonomous and electric. From 2018, Wiener Linien wants to try out two mini buses from French Navya, with up to eleven real passengers. The pilot ‘auto.Bus Seestadt’ is supported by AIT (Austrian Institute of Technology), TÜV Austria and Siemens AG Österreich as well as traffic safety institutions. If no major disruptions occur, the shuttles will enter service from 2019.
orf.at (in German)

GM embraces Gig Economy: Maven Gig is a new option for GM’s car sharing service. It now allows users to hire a Bolt for 229 dollars a week and to use it to pick up passengers through Uber, Lyft and other hail-ride apps. San Diego is the first testing ground before Maven Gig will move on to congest Los Angeles and San Francisco later this year.
carscoops.com

EV sales incentives: Oregon may pay car dealers 250 dollars per electric car they sell to residents of the state. The bill under consideration would set aside a 1m dollar fund.
chargedevs.com

Home to Tesla, the City of Fremont decided to require solar panels and EV charging wiring for all new housing developments. California aims to to have homes built to a “zero net energy” level by 2020.
eastbaytimes.com

Swindon tries hydrogen: Two Toyota Mirais and one Hyundai iX35 have been delivered to three businesses in Swindon. They build a car pool for employees of Arval, Nationwide and The National Trust as part of the town’s Hydrogen Hub project.
fleetnews.co.uk

New charging network in the UK: The Milton Keynes CrossLink network features 14 rapid tri-standard chargers – the first in the UK – ready to recharge all the latest EVs to about 80% capacity in just 20 minutes. The project is funded in part by the Office for Low Emission Vehicles (OLEV) and connects the East Anglia with the South West.
thegreencarwebsite.co.uk

Charge while you shop: Together with Nissan, French supermarket chain Auchan will set up 130 fast chargers from DBT-CEV supporting CHAdeMO and 3-phase AC at car parks across the country. These will be available to Nissan drivers via the Nissan Zero Emissions Charge Pass ‘Kiwhi’ (we reported).
insideevs.com, chademo.com (PDF)

Unwanted e-buses: Californian city of Long Beach had ordered more than ten BYD e-buses, but the Federal Transit Administration (FTA) wants the contract to be reopened for bidding. The reason – BYD is not actually eligible for the deal, since it does not qualify for the state’s Disadvantaged Business Enterprise Program.
chargedevs.com, presstelegram.com

Some 1,039 rebates for EVs were collected by residents living in Fremont, California, since 2010, making it the city with the second most electric-car purchase rebates granted in the Golden State. The reason, city officials believe, is that residents are more willing to try things “made in their backyard,” which in this case only happens to be the Model S, since the Tesla factory is located there.
greencarreports.com