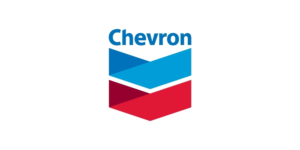 Chevron and Iwatani have announced an agreement to develop and construct 30 hydrogen fueling sites in California by 2026. The petrochemical company and longstanding hydrogen specialist firm also envision serving heavier fuel cell trucks in the future.

Open bus charging standard: Bus manufacturers Irizar, Solaris, VDL and Volvo team up with ABB, Heliox and Siemens to introduce an open interface for electric bus charging. The interface will be open to all market participants and works for fast charging at end stops and for overnight charging using CCS. CEN/CENELEC and ISO/IEC are already working on standardisation that could come into effect in the EU by 2019, followed by international standards a year later.
siemens.com

Missing out: Fastned may not receive the second half of a 2m euro grant from the EU, as it did not fulfil the plan to set up fast-charging chargers along the German Autobahn. The Dutch infrastructure provider however matched its obligations to expand the fast-charging network in the Netherlands.
rtlz.nl (in Dutch)

H2 network expansion: Hydrogen supplier Iwatani wants to increase its network of H2 charging station to 30 in Japan until March 2017. That means another ten stations will have to be build, costing about 3bn yen (26m dollars). Iwatani will focus on smaller cities and highways.
asia.nikkei.com

Push for electric rickshaws: The Indian city of Ranchi finances 135 electric rickshaws, which are to replace hand-pulled models. Pullers can apply for 75 percent financing, but will have to carry the rest of the cost and undergo testing of their “handling” abilities.
business-standard.com

Banking on charging: Société Générale has asked G2Mobility to install 400 EV charging stations at the bank’s branches in France. They will serve to charge electric fleet vehicles, as Société Générale plans to introduce 50 vehicles a year. The target is a 5 percent electric share in the fleet by 2017.
avere-france.org (in French)