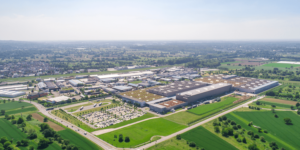 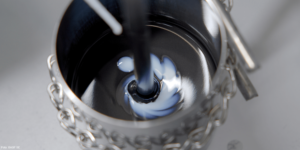 Researchers at the Karlsruhe Institute of Technology (KIT) have developed and successfully applied an innovative concept for the simultaneous coating and drying of two-layer electrodes. This should significantly accelerate battery production. 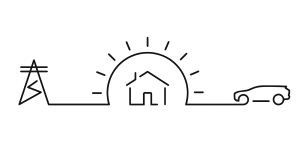 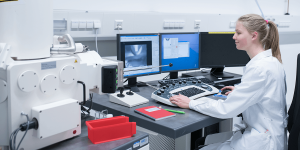 The research platform for electrochemical energy was officially launched today. Researchers from various disciplines will now be working on high-performance and environmentally friendly energy storage systems at the Center for Electrochemical Energy Storage Ulm & Karlsruhe (CELEST). 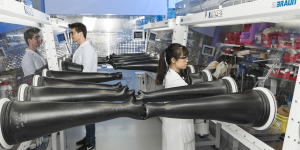 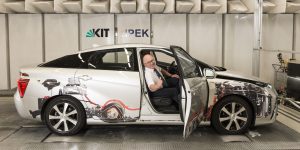 In the research project MovE2China, which is funded by both the German and Chinese governments, engineers from the Karlsruhe Institute for Technology (KIT) and the Tongji University Shanghai will work to validate electrified motor systems for FCEVs.

LG-Chery deal: The Korean manufacturer says will provide batteries for China’s mass produced EV brand Chery and claims to have captured more than half of the rapidly expanding EV battery market in China. Market research firm HIS expects more than 110,000 non-fossil vehicles to be sold in China this year.
koreatimes.kr, businesskorea.co.kr

1000 km range? Tesla CEO Elon Musk believes the major obstacle for EV uptake is range, adding that batteries produced at the Gigafactory could allow the Model S to travel 1000 km under normal driving conditions in one to two years. A Jefferies analyst’s report predicts the price of Model S batteries to fall to 88 dollars/kWh with the use of a nickel cobalt aluminium cathode and silicon synthetic graphene anode.
greencarreports.com (with video interview), ecomento.com

Hyundai fuel cell SUV: Frank Meijer, Head of Fuel Cell Electric Vehicles at Hyundai Motor Europe, told motoring.com.au at the Frankfurt Motor Show that the Korean carmaker will introduce a dedicated SUV with fuel cell technology by 2018. No details were revealed, other than that the SUV might be based on or will be similar to the Tucson.
motoring.com.au

Real-time data for EVs: Researchers at the German Karlsruhe Institute of Technology (KIT) are developing an open, flexible platform for real-time data exchange for electric vehicles. The project called ELISE aims to create opportunities for new services and business ideas. It could i.e. enable emergency charging between EVs.
phys.org

Speedy production: Researchers at Germany’s KIT have set a new speed record with their production method for foil electrodes. They are able to manufacture 100 metres per minute, three times as much as with other production processes. The key is a flexible injector-process that allows for the precise production of any model even at high speeds. The new patented technology can decrease production cost for Li-ion batteries.
scinexx.de, idw-online.de (articles in German)

New magnet compound: Researchers at Japan’s National Institute for Materials Science (NIMS) have developed a magnetic compound that uses 17 percent less neodymium, a rare earth metal. The neodymium permanent magnets are used in i.e. hybrid cars and until now, nothing had been able to challenge the current formula.
greencarcongress.com

Battery for battle: Navitas Systems, maker of the 24-volt “Ultanium 6T” lithium-ion battery for ground combat vehicles, received 1.55 million dollars from the Alion and Technology Corporation to develop the second generation of its drop-in lithium-ion lead acid replacement batteries. These are used to start the engine and during a ‘Silent Watch.’
baystreet.ca, navitassys.com (technical details)

Autopilot for all: Annoyed Tesla owners launched a petition to the carmaker to provide a retrofit and make the new feature available to those, who already purchased their EV. Close to 800 people already signed the plea. Others now started a petition against the former, saying it would needlessly increase the cost for everyone.
mercurynews.com, change.org (pro retrofit), change.org (contra retrofit)

Most clicked link on Tuesday was Tesla’s announcement that it will triple the size of its assembly plant in the Netherlands.
insideevs.com